Andrea Anders is an American actress and she is famous for her role as Alex Garett in the NBC sitcom ‘Joey’, as Linda Zwordling in the ABC sitcom ‘Better Off Ted’, and as Nicole Allen in the CBS sitcom ‘The Class’.

Andrea Anders was in a relationship with Matt LeBlanc in 2007 but they split in 2015, after eight years of relationship.

They were co-stars in the series, Joey. Currently, she is single and she is busy in her career. 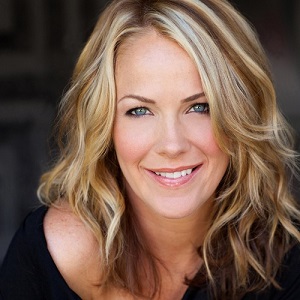 “I've been dancing since I was 6 years old. That kind of relentless dedication and intensity is where I'm comfortable.”

Who is Andrea Anders?

Andrea Anders is an American actress and she is famous for her role as Alex Garett in the NBC sitcom ‘Joey’, as Linda Zwordling in the ABC sitcom ‘Better Off Ted’, and as Nicole Allen in the CBS sitcom ‘The Class’.

She has a brother, whose name is Sean Anders and he is a director. Andrea holds American citizenship but her ethnicity is unknown.

She joined DeForeest Area High School in DeForest, Wisconsin, and graduated from there in 1993.

She later joined the University of Wisconsin-Stevens Point and received a bachelor’s degree in Film Arts in 1997 and earned a master of Fine Arts from Rutgers University in 2001.

She debuted her professional career from working in theatre. She was an understudy for the role of Mary-Louise Parker in the Broadway production of ‘Proof’.

Later, she played the character Elaine Robinson in ‘The Graduate’ and appeared in ‘On the Jump’ at the Arena Stage, ‘New Doors’ at the Guthrie Theater and in ‘Cold/Tender’ and ‘New World Rhapsody’.

She also performed in the Geffen Playhouse performance of ‘Fat Pig’ in May 2007 in which she portrayed the role of Jeannie but the show closed on July 1, 2007.

She debuted her television role for Dannon which ran in the 1990s and then again in around 2006.

Andrea made her appearance on an episode of Law and Order ‘The Fire This Time’ in 2001 where she portrayed the role as teenager Emily Hoyt.

She rose to fame after her role as lawyer Alex Garrett on ‘Joey’ and as Nicole Amman on the ensemble situation comedy ‘The Class’ but both the shows ‘Joey’ and ‘The Class’ was canceled shortly.

Andrea made her guest appearance on ‘Law & Order’, One Life to Live’, ‘Guiding Light’, and ‘True Calling’. She made a minor appearance in the 2004 film ‘The Stepford Wives’ where she portrayed the role of Heather.

In 2008, she appeared on ‘Numb3rs’, co-starred alongside Matthew Perry in the series ‘Mr. Sunshine’ in 2011, and appeared as a cheerleader in the music video ‘Revenge of the Nerds’ in 2011.

She has an estimated net worth of around $5 million which she has earned from her professional career.

Before she announced her divorce with her boyfriend Matt LeBlanc, there was a rumor of their split.

Andrea has got blue eyes and blonde hair.