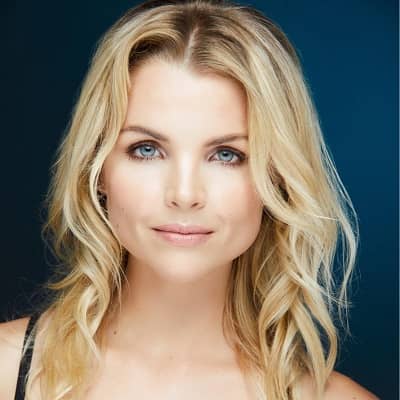 Andrea Boehlke is currently possibly single. She has not disclosed her relationship and affair.

Previously, she was in a relationship with actor Josh Henderson from 2013-2016.

Who is Andrea Boehlke?

Andrea Boehlke is an American actress, host, and reality star. She is best known as a host of PEOPLE NOW on People.com and host for the New Year’s Eve countdown in Times Square.

This actress was born on 10 May 1989, in Wisconsin, the US with the birth name Andrea Loraine Boehlke. Her father‘s name is Royal, and her mother‘s name is Linda.

She has two younger sisters Sabrina, and Sharla. Andrea studied at Random Lake High School. Afterward, she graduated with BFA from the University of Wisconsin-Stevens Point.

She was very active in high school sports, musicals, school choirs, and in student television. Boehlke belongs to German descent.

After her graduation, Andrea Boehlke moved to New York to pursue her further career. She made her hosting appearances on MTV, The Better Show, HLN, and many more.

Between 2014-2018, Andrea was hired to host the official Times Square Livestream of New Year’s Eve countdown. She played a non-speaking role in an episode of the 2010’s television series Blue Bloods.

Afterward, Boehlke also starred in the 2015 short comedy film Another Day Gone By, and in the 2017 TV series The Marvelous Mrs. Maisel.

Earlier, in 2010, she sent an audition tape and was selected for CBS reality show Survivor. She first competed for Survivor: Redemption Island and became the first female contestant to win a duel at Redemption Island.

Andrea became the eight-member of the jury and finished in the 5th place. Afterward, in 2012, she again came back to play as a favorite in the 26th season of Survivor: Caramoan and came in seventh place.

She was recognized as one of the most strategically aggressive players this season. Later, in 2017, Boehlke again competed in Season 34 Survivor: Game Changers. She finished this season in eighth place becoming the sixth member of the jury.

Andrea Boehlke: Salary and Net Worth

The average salary of an actor in the US is $52,000. Meanwhile, according to some sources, Andrea has an estimated net worth of $2.5 million.

There was a rumor that she was dating her survivor’s co-star John Cochran. But it’s hard to tell if this rumor was true, and it was not confirmed if they were dating each other.

Andrea Boehlke is 5 feet 5 inches tall and weighs 52 kg. Similarly, she has blonde hair and hazel blue eyes. Her shoe size is 7 US.

Boehlke also has a YouTube channel with over 2K subscribers.