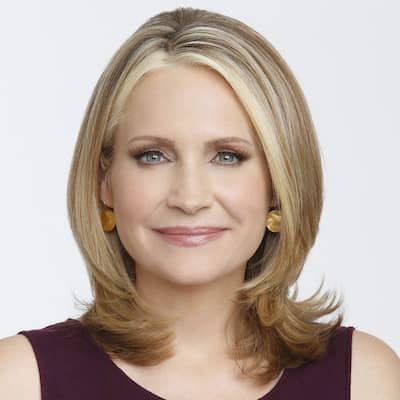 What is the relationship of Andrea Canning?

Andrea Canning is currently married and the mother of six children. She exchanged vows with Tony Bancroft on 7 June 2008.

They started their love affair in the year 2005 her husband is a Marine fighter pilot. They welcomed their first daughter Anna Katherine Bancroft in March 2009.

Their sixth kid is a boy, George Anthony ”Tripp” Bancroft III who was born in June 2019.

Who is Andrea Canning?

Andrea Canning is an American-Canadian journalist and writer. She gained popularity for reporting news on the NBC network.

Her upcoming screen projects Webcam Cheerleaders which is a TV Movie is currently filming.

Her birthdate is 10 Dec 1972 and she was born in Collingwood, Canada as Andrea Mead Canning. The name of her mother and her father is Katherine Jane Canning and Gordon Canning respectively.

Andrea’s ancestry is Caucasian and as per her academics, she achieved her psychology degree from the University of Western Ontario.

Then she went to study radio and television arts at Ryerson Polytechnic University.

Andrea Canning is known for her appearance in for working as Dateline NBC Correspondent for NBC News. She joined the team in Sep 2012.

Prior, she was with ABC News as their Good Morning America Correspondent from 2004 till 2012. She also briefly worked with WCPO-TV, CKVR-TV, WPTV-TV, and WXVT-CBS.

As a writer, she writes for Hallmark Channel and Lifetime movies channel. Andrea’s first writing project was titled Double Mommy in 2016. Her other credits are,

Her estimated net worth of around $500k as of 2022. She has not disclosed the exact figure of her salary.

This journalist is keeping herself away from rumors and desperate scandals.

Regarding Andrea Canning’s body features, her height is 5 ft 6 inches and her body weight is 62 kg. Moreover, her eyes are blue and with hair is blonde.

Andrea is available on different social networking sites. She has more than 31k and 2.4k followers on Twitter and Facebook respectively.

Also, she is on LinkedIn and Instagram with more than 41k followers.