Andrea Constand is a therapeutic massage practitioner and former basketball player who came to the limelight after she filed a suit against Bill Cosby for 2004 raping and drugging her. 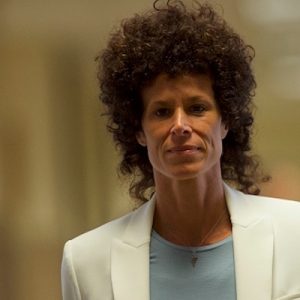 It was Bill Cosby. It was Dr. Huxtable, I thought I was the only person that he did this to.

"I woke up and I had a bad dream and that dream was that Bill Cosby would do this to somebody else if I did not say or tell someone, I woke up crying and I said,' Mom, Bill Cosby drugged me and Bill Cosby sexually violated me,'.

"They were only just doing the right thing, they were coming forward. They were being brave. They were disclosing very personal details about their personal life and, specifically, about a crime that was committed against them."

Her professional life isn’t short of fans and followers though. In her personal home front, her parents look out for her.

And she also has her loving nieces, Andrea and Melanie along with her sister and brother-in-law to stand beside her in sickness and health, warts and all.

Who is Andrea Constand?

She also worked as Director of Operations for the women’s basketball team at Temple University in Philadelphia, Pennsylvania.

However, Andrea came into media attention ever since she filed a suit against Bill Cosby for 2004 raping and drugging by him. At the time all charges against the perpetrator were thrown out.

By profession, she is a therapeutic massage practitioner.

Her parents Andrew Constand (father) and Gianna Constand (mother) are of Greek-Italian-Canadian heritage.

Andrea and her sister Diana Constand Parsons were both raised in Toronto, Canada. Today Diana is married to Stuart Parsons and they have two daughters- Andrea and Melanie.

The two nieces are proud of their aunt Andrea.

Andrea was educated locally at the Albert Campbell Collegiate Institute, Scarborough, Toronto, Canada. Thereafter she received a scholarship from the University of Arizona, Tucson, from where she received her degree.

From an early age, Andrea was very fond of basketball. As a result, she played basketball on Canada’s Junior Team and Development Team at Albert Campbell Collegiate Institute situated in Toronto. In the 1980s, she became the most sought-out player in High School, with a score of average 30 points per game.

Now Constand set her sights on the  U.S. and received a scholarship to play basketball at the University of Arizona, Tucson.  Here too, she was the star of the team, The Wildcats, and averaged 10 points per game. It was Andrea who led the team to win the National Invitation Tournament.

And Tucson.Com recalls that the Arizona Wildcats WNIT run brings memories of the 1995-96s when ‘Barnes averaged 17.4 points per game as a sophomore, and was named the WNIT’s most valuable player. Constand and Pantoja were also named to the all-tournament team…’ (By Ron Parsons, Arizona Daily Wildcat)

Constand played for Canada at the 1997 Summer Universiade and came to be recognized as one of the top three female high-school basketball players in Canada.

It was in 1997 that Italy signed her up for a two-year contract. Before she left for Europe, she said in an interview that she is on ‘a mission, first to help Canada do well, then to play basketball in Italy, and then to play for WNBA’.

On her return to Canada in 1999, Andrea renewed her efforts to play the National Women’s Basketball Association. Along with rigorous training, she worked a job at a Nike showroom. And after receiving her degree, she worked for some time as a coach in the local teen basketball program.

Then it was that Andrea was recruited as Director of Operations for the women’s basketball team at Temple University in Philadelphia, by the Olympic Gold Medalist, Coach Dawn Staley.

In the course of her employment as Director of Operations, she was introduced to Bill Cosby.

On March 31, 2014, Constand resigned as DO and returned to Canada to live with her mother.

The lines between the ‘Professional and Personal Life’ of Andrea Constand becomes kinda, sorta blurred after 2004, when Andrea was introduced to Bill Cosby and what transpired thereafter.

Comedian, TV host, Bill Cosby’s Television viewers span more than three generations. He is also known as ‘America’s Dad’. After Andrea filed charges against Bill, and the aftermath, the allegations, the legal and courtroom drama, and media sensationalization all have come to a conclusion, so to speak.

As of 2018 April 2018, Bill Cosby has been found guilty of all the charges made by Constand, the victim. Bill will be paying damages to at least this one victim out of the more than 60 victims of his impropriety.

Picking up the Pieces of Her Personal Life

From 2004 till 2019 and beyond, Andrea has gone through all the trauma especially symptomatic of victims of sexual exploitation. She revealed time and again her feeling of shame, lack of self-worth and self-esteem, guilt, hurt, depression, nightmares, panic attacks, social ostracism, isolation among others that she experienced over time.

All the millions of dollars in the world cannot undo the damages to her self-worth for a very long, long time. Now Andrea is slowly picking up the pieces of her blurred reality from the pivotal year 2004, and trying to make some sense out of it.

Presently she works as a therapeutic masseuse in Canada.

Andrea’s net worth is $1 million. As a therapeutic massage counselor, her earnings are $42,000 k.