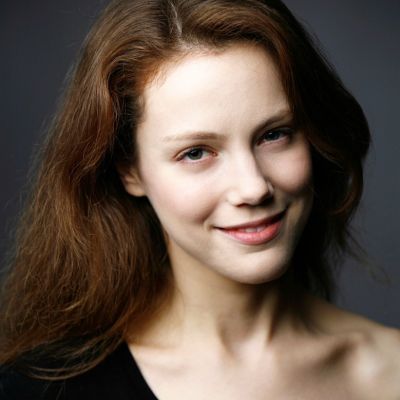 Is Andrea Deck Single Or Dating?

As per the who’s dated who, Andrea Deck is currently dating Luke Mably, an English actor. They got engaged in 2016 and are together since then.

Apart from these, there is no info regarding their relationship.

Who Is Andrea Deck?

As a voice actress, she has voiced the role of Amanda  Ripley, in the survival horror game, Alien: Isolation as well the role of Jenna Bragg, a CIA agent, in the American espionage thriller series, Homeland.

Furthermore, she can be seen playing the role of Sandrina, in the upcoming drama series, All The Light We Cannot See. The release date of the following series has not been set yet.

The American actress, Andrea was born on February 5, 1994, in Grosse, Pointe, Michigan, in the United States of America. As of 2023, she is 28 years old and holds American nationality.

Likewise, her ethnicity is Caucasian and as per the astrologers, her birth sign is Aquarius.

She was brought up by American parents, whose exact names and professions are not known. She has not confirmed whether she has siblings or not.

In the year 2009, Andrea made her acting debut by appearing in the film, In Love With a Nun. The movie was screened at the Short Film Corner of the Cannes Film Festival.

Then, she was cast in the 2012 adaptation of Les Miserables, and with the role of Allie in Roland Joffe’s The Lovers, as well as Opera singer Charlotte Watson, in Bernard Rose’s film, The Devil’s Violinist.

Following that, she voiced the character of Amanda Ripley, in the survival horror video game, Alien: Isolation. She reprised the following role in Alien: Blackout too.

Andrea played the role of writer, Chloe Fleury in August Strindberg’s play, Creditors, which was directed by Ben Cura.

In the year 2015, she landed a female main role in the British horror film, The Ghost Writer.

She executed the role of a murder victim, Mahalia Geray in BBC2’s adaptation of China Mieville’s The City & The City in 2018.

Subsequently, she appeared in the main role, CIA agent, Jenna  Bragg in season 8 of the American espionage thriller series, Homeland.

Furthermore, she can be seen playing the role of Sandrina, in the upcoming drama series, All The Light We Cannot See. The release date of the following series has not been set yet.

According to the sources, actress Andrea Deck has an estimated net worth of around $5 Million.

The primary source of Deck’s earnings is by working as an actor on TV and on the big screens.

Regardless, up to date, She has not shared the details of her exact earnings and the fees she is charged for her appearance in the movies and TV shows.

Therefore, the young star’s net worth and salary have remained a mystery for her fans as well as for the media.

It is apparent that several bad information about figures like her involving them spread here and there. Her haters can make stories and attempt to take her down out of jealousy and envy.

Yet, she has never given much thought to it. Preferably she concentrates on positivity and love, and her fans and followers return to her. She has done excellent work to keep herself distant from controversies until this day.

The beautiful actress, Andrea stands at the height of 5 feet 6 inches while she weighs around 53 kg. In addition, she has body measurements of  34-24-34 inches, indicating her bust-waist-hip sizes.

Talking about her outer appearance, Deck has a fair complexion, along with a pair of dark brown eyes and light brown hair.

Moving on to her social media presence, Andrea seems to be pretty active on it. She owns an Instagram account under the username, @andreagdeck, which has garnered more than 8.6k followers.

Her recent post on her Instagram was uploaded on July 16, 2022. She posted her own picture featuring a great t-shirt and a watch in her hands.

On the other hand, she owns a YouTube channel under the name, @ShesDiabetic. It is enriched with over 27.7k subscribers.