Andrea N. Parker is an American actress. Andrea is married to a film & television producer. 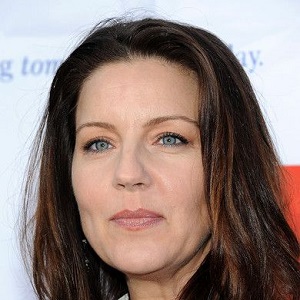 “I am a trained, professional stunt driver. I'm a great driver.”

Andrea N. Parker is married to Michael Birnbaum on 31st August 2007. Her hsuband Michael is a producer. Their wedding was held in the most romantic cities on earth, Paris, France.

Previously, she was married to James Powers. But her husband died after a few years in 1999.

Who is Andrea N. Parker?

Andrea N. Parker is an American film and television actress. She is also a former ballet dancer. Andrea is famous for her performance on ‘ER’, ‘The Pretender’, ‘Desperate Housewives’, and ‘Pretty Little Liars’.

She debuted her endeavors in the acting field since 1988 and she has been active since then.

Andrea attended a professional dance company but she left her career in ballet after three years of touring. At that time, she was working as a bartender and decided to become an actress.

There is no information available regarding Andrea’s education, ancestry, and parents’ history. However, it is under review.

Andrea N. Parker debuted her documented film role as the character of a dancer/nurse in the movie ‘Rented Lips’ at the age of 19. She made her appearance as a Go-Go Dancer in 2 episodes of ‘Married… with Children’: ‘Prom Queen: The Sequel’ in 1989 and ‘Prom Queen: Part 1’ in 1989.

She made her notable guest role in ‘ER’ as Linda Farrell and played as a body double for Julia Roberts in the movie ‘Pretty Woman’. She appeared as Miss Parker’ on the NBC television series ‘The Pretender’ from 1996 to 2000.

Andrea portrayed the recurring role of Jane Carlson in the ABC series ‘Desperate Housewives’ from 2011 to 2012, portrayed as Mary Drake in ‘Pretty Little Liars’ from 2014 to 2017.

She is also a strong supporter of charities such a the National Hospice Palliative Care Organisation, The Michael J. Fox, Project Angel Food, etc.

She took training as a stunt driver and she can manage firearms.

She was awarded the Women’s Image Network Awards in the category Outstanding Lead Actress in a Comedy Series for the film ‘Less Than Perfect’ in 2005.

She was nominated for Satellite Awards in the category Best Actress in a Series, Drama in the film ‘The Pretender’ in 1999.

She has an estimated net worth of around $5 million and she is paid an average salary of around $800,000 from her career.

Andrea has not been engaged in any rumors and controversies in her professional career.