She was also a political columnist for New York Daily News. 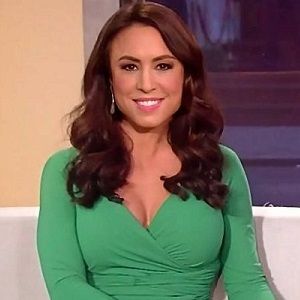 I would prefer the teacher to focus on teaching and have a security officer worry about keeping the kids safe.

Andrea Tantaros has not been married until now. But she is in a relationship with Dave Navarro. Dave is a guitarist and a songwriter. The couple met each other for the first time through a mutual friend.

They are together in a relationship since January 2015. Currently, the lovebirds are living happily together. They are often seen kissing each other in New York City.

There is no sign of any conflict and separation until now. It can be said that each other’s support and company.

Who is Andrea Tantaros?

Pennsylvania-born Andrea Tantaros is a famous political analyst and a journalist.

Additionally, she is also a news commentator and a host of political shows. She is a supporter of the Republican Party. Furthermore, Andrea is also a Republican Strategist and Republican media consultant.

Previously, she served as co-host of “Outnumbered” on the Fox News channel. Similarly, she was also a political columnist for New York Daily News.

Andrea Tantaros was born in New York City in the state of New York. Her birth date is December 30, 1978. She was born with the name, ‘Andreana Konstantina Tantaros.’

She is Italian from her mother’s side. Similarly, she possesses Greek ethnicity from her father’s side. Her parents owned Pied Piper Diner. She used to work as a waitress there. She grew up with her three siblings, Thea, Daniel, and Dean..

For her education, she attended Parkland High School in Allentown. Afterward, she joined Lehigh University for her further studies.

Later she graduated from there with a degree in French and Journalism. Then she enrolled at Sorbonne (University of Paris) for her further studies.

Andrea Tantaros started her career in journalism and media a long time ago. In her early career, she did intern at Bill Press. Similarly, she also worked for Pat Toomey and Pat Buchanan.

Later, she also served as a political columnist for New York Daily News. Afterward, she worked as secretary and spokeswoman to Governor William Weld. Then she moved to media works. In 2010, she joined Fox and worked as a Political contributor.

Additionally, she also co-hosted shows like “Outnumbered,” and “The Five” for Fox.

She is also the owner of a company that facilitates Fortune 500 companies’ getting strategic support.

As of now, she is an apex political analyst. Her salary is around $ 300,000 per year. Consequently, she has made a lot of money. Subsequently, her net worth estimated at around $ 1.5 million.

Andrea has been part of the controversy. While she worked for Fox, she accused Roger Ailes of sexually harassing her in 2015. Similarly, she also sued Fox News regarding the same matter. This brought her into huge media controversy.

Writer Michael Krechmer sued her for breaching the contract. It was regarding the book, “Tied Up in Knots: How Getting What We Wanted to be Made Women Miserable.” Other than that, there are no rumors about her as of now.

Andrea Tantaros has a gorgeous figure. Her height is 5 feet 4 inches. Similarly, her body weight is around 61 kg. Her body figure size is 37-25-37 inches.

She has dark brown hair and light brown eyes.