Updated On November 25, 2022 | Published By: Chirlot Sharma
Share this
Single 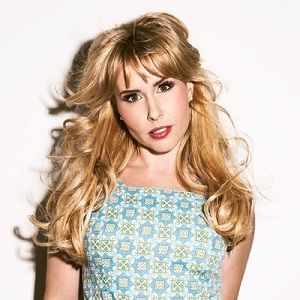 What is the relationship of Andree Vermeulen?

There are no mentions of any kind of relationship history or relationship status of Andree Vermeulen in the mainstream media to date.

So, she could be in a relationship or even enjoying a single life at the present.

Who is Andree Vermeulen?

What are the birth facts of Andree Vermeulen?

Vermeulen was born on November 4 in Los Angeles, California, the United States of America. Her nationality is American and her ethnicity is Caucasian.

Other than her date of birth, the mainstream media knows nothing much about Andree Vermeulen. This includes the info on her year of birth, whereabouts of her parents, ethnicity, early childhood days, teenage days, etc. She grew up in LA with her friends and siblings.

She graduated from California state university, but the subjects are unknown.

Although the exact onset of the career of Vermeulen is unknown, she was first seen in the TV series 27 Kidneys in 2008. From 2008 to 2012, she appeared in 22 episodes of the TV series UCB Comedy Originals.

The next year, she appeared in The CollegeHumor Show (TV Series), Gramps (TV Series), & Andrée Vermeulen: French Toast (which she wrote also).

From 2013 to 2014, Vermeulen also appeared in two TV series: Dragons: Riders of Berk (for which she provided the voice) and The Birthday Boys.

In 2014, she provided the voice work for the character of Ruffnut in the short video Dragons: Dawn of the Dragon Racers. The next year, she appeared in ten episodes of the TV series Doris & Mary-Anne Are Breaking Out of Prison.

Likewise, she played the role of a wife in the TV movie Nothing to Report that same year. From 2015 to 2017, she reprised the voice role of Ruffnut in the TV series Dragons: Race to the Edge.

What is Andree Vermeulen’s net worth?

Her salary and net worth, are unknown to date. According to some sources, her net worth is $1.5 million as of 2022.

There are no significant rumors and controversies regarding Andree Vermeulen to date.

She has blonde hair color and her eye color is hazel brown. There is no information about her height, weight, shoe size, and dress size.