There is no information available about Andrei Serban’s relationship or marriage. According to the source, he has always been quite secretive about his relationship. He hasn’t said anything about having children, a wife, or a partner. Maybe one day he’ll tell the public about his love life. 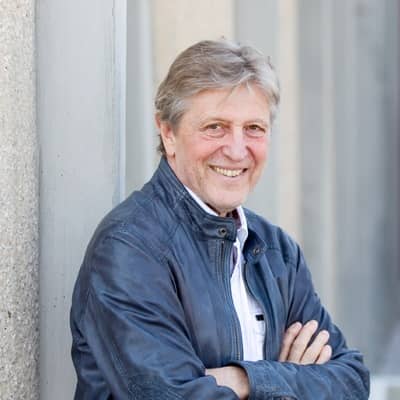 Who is Andrei Serban?

He is well-known in twentieth-century theater for his unique and revolutionary interpretations and stagings.

He is not just a director, but also a former instructor who taught theater at Columbia University’s School of the Arts.

Andrei Serban made his Royal Opera debut in Tarandit and has since returned to direct Fidelio, Prince Igor, and I Puritani. He is now working on his forthcoming project, Turandot.

Although he was born in Romania, he has American citizenship because he immigrated to the United States in 1969 with the assistance of Ellen Stewart and is of Romanian-American heritage.

Andrei was born to George Serban, his father, and Elpis Serban, his mother. His father studied law at Leipzip and was also a bank director.

However, due to the communist dictatorship, he was expelled from the bank and forced to work as a photographer.

His mother was born to Greek merchants and worked as a Romanian language and literature teacher.

He spent his childhood performing puppet performances at home and conducting fake wars with his buddies at Bucharest’s Gradina Iciabei.

Andrei Serban studied at the Institute of Theatre and Film Arts from 1961 to 1968.

As a student, he also had the opportunity to direct Julius Ceasar, which is now considered the “most audacious production ever.”

He moved to the United States in 1969, thanks to a Ford Foundation funding.

Following that, in 1970, he traveled to Paris to attend and study at Peter Brook’s International Center for Theater Research.

Andrei Serban directed Anton Chekhov‘s The Cherry Orchard at the Lincoln Center for the Performing Arts in 1977.

This production was nominated for a Tony Award as well.

Serban has recently directed Sarah Kane‘s Cleansed in Romania, Lucia di Lammermoor at the Opéra Bastille in Paris, and the successful production of Hamlet at the Public Theater in New York.

Andrei has been a member of the American Repertory Theatre in Cambridge, Massachusetts, for over two decades.

He has directed Lysistrata, The Merchant of Venice, The Taming of the Shrew, The King Stag, Sganarelle, Three Sisters, The Juniper Tree, The Miser, Twelfth Night, and many more at the American Repertory Theater.

Andrei has also directed at the Circle in the Square Theatre, Yale Repertory Theater, American Conservatory Theater, Metropolitan Opera, New York City, Seattle, Los Angeles Operas, Paris, Geneva, and many more. He was the director of the National Theatre Bucharest from 1990 until 1993.

He headed the Oscar Hammerstein II Center for Theater Studies and the M.F.A. Acting program at Columbia.

Andrei wrote his autobiographies in Romania in 2006.

He resigned from his post at Columbia University in late 2019, claiming pressure on staff to accept lecturers and students who did not meet academic requirements in the name of political correctness.

Andrei Serban has received many awards and some of them are:

For a long time, Andrei Serban has contributed to the entertainment sector as well as the teaching profession.

He has spent his entire life working for Romanian theater.

In 2022, his total net worth will be $1.5 million. According to the source, his annual income and compensation have yet to be released. He has also not disclosed to the media the value of his own property, house, and significant possessions.

Andrei Serban has not been involved in any scandals or speculations that may have affected his personal or professional life.

Andrei Serban has not provided the media with her height or weight measurements.

In terms of physical measurements, such as hips, waist, and chest sizes, he has not revealed or publicized his measurements.

Based on his outward appearance, he has white hair and dazzling light brown eyes.

He also has a charming grin that draws the attention of many people.

Andrei Serban, like other celebrities, is active on social media.

He has a Facebook account with 9.7k followers, yet he has only followed back three individuals that are close to him.

He has shared several events that he has directed and images with his friends and family on Facebook.