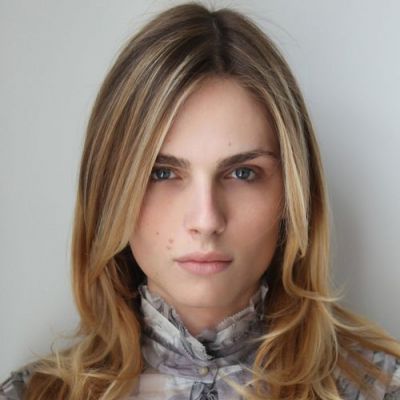 What is the relationship of Andreja Pejic?

Andreja Pejic has openly stated she is a transgender woman. In late 2013, Pejic went through sex reassignment surgery.

Next year, she announced plans on the Kickstarted crowdfunding platform to create a film about her reassignment surgery and life as a woman.

About her relationship, Andreja is possibly single and she might not be dating anyone at the moment. Earlier, she was in a love affair with fashion designer Duran Rembrandt in 2013. The couple stayed in a relationship for a year and separated in 2014.

The model was also rumored to be dating a Canadian model and actress, Gigi Gorgeous but it never became official news.

Who is Andreja Pejic?

Andreja Pejic is a well-recognized Serbian-Australian model and actress. Pejic came into the limelight as one of the most recognizable transgender models in the world in 2013.

Andreja Pejic was born on 28 August 1991. At present, she is 30 years young star. Likewise, her birthplace is Tuzla, SR Bosnia, and Herzegovina, Yugoslavia.

Andreja is the daughter of her father, Vlado Pejic whereas her mother is Jadranka Savic. Moreover, she has an elder brother named Igor.

Talking about her nationality, Pejic holds an Australian identity whereas her ethnicity is Bosnian Croat-Serb.

Regarding education, the model fled away to Australia along with her family as a refugee. She studied at University High and was a brilliant student.

Moreover, Pejic was ranked number 18 on the Model.com Top 50 Models list in 2011 and was named one of Out’s Most Compelling People. She was also listed at #98 in FHM magazine’s 100 Sexiest Women in the World in 2011.

The model has worked and emerged on the cover of international editions of Elle, Marie Claire, Harper’s Bazaar, L’Officiel, Fashion, and GQ.

She has made an appearance in editorials for fashion publications which consist of Vogue, Elle, I-D, Dazed and Confusion, and so on.

Andreja received the Best International Female model in 2016 by GQ Portugal and she also created history by becoming the first transgender woman to feature on the cover of GQ.

A well-famed star, Pejic has earned a handsome amount of money from her profession. She lives a lavish lifestyle along with her family.

As of 2022, It is reported that Andreja Pejic has an estimated net worth of $2 million.

Andreja has never been part of any controversial matter or rumors till now. The star has been preoccupied with her professional and private life.

It seems that Pejic prefers enjoying her personal life and does not want to merge it with her professional life.

30 years young star, Andrej has beautiful looks and an admirable personality. She stands at a height of 6 feet 1inch. Also, she has a balanced body weight of 65 kg.

Furthermore, Pejic has green eyes whereas her hair is blonde. Her body measurement is 36-30-33 inches (chest-waist-hip) respectively.

Andreja Pejic is an active personality on social media regarding her social media presence. Andreja has more than 438k followers on her official Instagram account @andrejapejic.

She is also active on Twitter with around 70.9k followers.

Moreover, Pejic is also available on Facebook with nearly 16k fans and supporters.