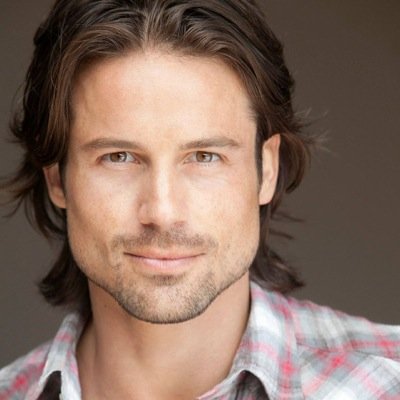 Andrew Cheney is a married man. His wife is none other than the actress, Kara Killmer. They exchanged vows back on the 14th of May 2016 at Willow Creek Ranch, Cleburne, Texas.

Talking about his love life, he met his love of life during Beyond the Mask. Eventually, they fell in love with each other and started dating.

As of now, the couple is leading a happy married life.

Who is Andrew Cheney?

American Andrew Cheney is an actor and voice artist. He is renowned as William Reynolds of Beyond the Mask and Sean Weathers of Champion.

Last, in 2018, he appeared in the movie, Inheritance as Frank Delvecchio.

Andrew Cheney was born in the United States but his date of birth is not disclosed. He is of British-French ethnicity.

Till the date, he has not shared any information any his mother, father, siblings, and education.

Andrew Cheney started his career in the late 2000s as an actor. In 2009, he made his first appearance in the short video, Daisy Chain. In the 16-min video, he appeared in the character of Rick sharing screen with Step Rowe and Alexander Hilary.

Later, he appeared in the short movies like Serving Justice and J.A.W. In 2012, he debuted in the movies with Rebels of the Book: The Final Word as Hunter Moniker.

After that, in 2013, he featured the movie, Seasons of Gray as Brady Gray, one of the lead characters.

However, the first milestone in his acting career was the movie Beyond the Mask. In the movie, he portrayed the character of William Reynolds, an assassin for the British East India Company.

Apart from movies, he has also made his appearances in the TV series including The Josh Moore Show, Bobbington, and My Haunted House in some minor roles.

Recently, in 2019, he contributed his voice to Bandit and Tink Loot in the video game, Borderlands 3.

Till the date, he has not been through any sort of controversy that created headlines in the media. Besides that, there are no rumors related to him.

Andrew Cheney has brown eyes with light brown hair. He has a decent height and weight.

Talking about the appearance, he has sharp looks with a square-shaped facial structure. He prefers to have grown facial hair with long hair.

Kara Killmer: beautiful, talented, brainy, God-fearing and romantic! Learn all about her here!