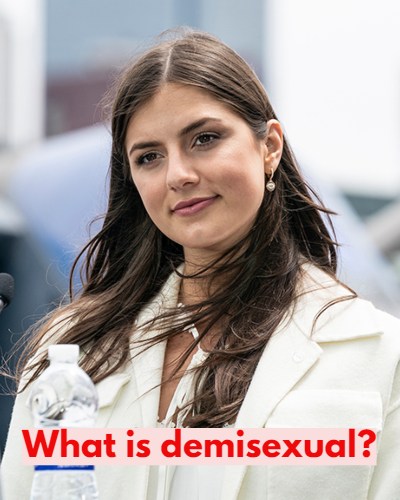 “When I was in elementary school, I feared that I was lesbian. When I was in middle school, I came out to my family and close friends as bisexual. Also, when I was in high school, I discovered pansexuality and thought, ‘That’s the flag for me.’ “

More on her sexuality

A demisexual is an individual who can be gay, straight, bisexual, or pansexual, and can have any gender identity. They are attracted to someone when they have an emotional bond with the person. Also, Donato revealed that he was proud of the way Michaela’s used her social media platform. Cuomo said,

“I’ve definitely always dreamed of a world in which nobody will have to come out, because everybody’s sexuality will be assumed fluid and none of our business. But in a world that force-feeds cisgender heterosexuality, coming out of the closet is a lifelong process of unpacking internalized social constructions and stigmas.”

Similarly, Michaela first came out in the month of pride in 2021 in an Instagram post. She supported the LGBTQ people by speaking against homophobia. Also, she revealed that she is going to be a helping hand for those who are finding their way from socially constructed boxes.

Andrew Cuomo is an American politician who is currently serving as the 56th governor of New York. He won the election as Governor of New York in 2010 and has been reelected twice since then, in 2014, and 2018. Read more bio…