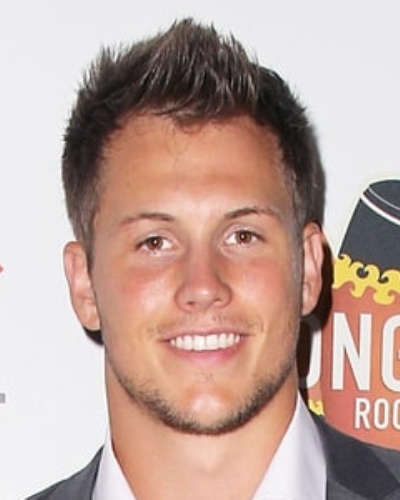 It has been 1.5 years of togetherness but recently they shared some tragic news with their fans on their social media!

In the third week of October 2017, Andrew East and his wife Shawn posted a video on their social media disclosing that Shawn had suffered a miscarriage.

“The past 48 hours have been some of the happiest, scariest, and saddest times of my life. My husband Andrew and I found out that we were unexpectedly pregnant, only to find out hours later some tragic news. I have been crying more than I ever have, but am still optimistic for what is next.”

The video shows the two positive digital pregnancy tests. Then the couple drives to the doctor’s office since Shawn has stomach pains. There an abdominal ultrasound revealed that she had a spontaneous abortion.

“We know everything happens for a reason. We believe God’s got a bigger plan for us. All we can do is be positive otherwise we just sink into a hole.”

Andrew and Shawn got engaged on 24 July 2015 during a Chicago Cubs game at Wrigley Field. They tied the knot on 16 April 2016 in Franklin, Tennessee.

They are happy in their marriage but in April 2017, Shawn had said that the first year of her married life was stressful and the couple hardly could get time for themselves and to see each other.

“It’s been the craziest year of our lives. One day doesn’t look like the next for us!”

Immediately after the wedding, Andrew had training for the Raiders and they had to go to Oakland. A few months later, Shawn had to leave for Rio for the Olympics.

“We lived out of a Hampton Inn for four months and we cooked from our hotel room,”

When Andrew was out of NFL and trying for another team, times for both were stressful. Gradually things settled for the two and they are now living in Nashville and are happy together.

Exactly one year ago today I was made the happiest girl in the world by being officially pronounced Mrs. East. @andrewdeast you are my best friend and the love of my life. Happy One Year Anniversary my love! #aisleughview #youdabest #sexybeast #myhubs #mrandmrs #anniversary

Expressing her love for Andrew on their first anniversary, Shawn wrote on her Instagram:

“Exactly one year ago today I was made the happiest girl in the world by being officially pronounced Mrs. East. @andrewdeast you are my best friend and the love of my life. Happy One Year Anniversary my love!”

Andrew had recently tweeted that marriage is scary but happy.

Andrew is from Indianapolis, Indiana. This 29-year-old is an alumnus of the Indianapolis North Central High School. He had studied engineering at Vanderbilt College and used to play on their football team.

He was undrafted in 2015. He then joined the Kansas City Chiefs from May to August 2015. He played for Seattle Seahawks from January to March 2016.

He was once again with Oakland Riders but for a short time from July to September 2017. He has yet to achieve some stability in his career and might take a while to have that.

Also read No time for each other during their first year of marriage! The American gymnast, Shawn Johnson and her husband NFL player, Andrew East shares about Miscarriage in Heartbreaking Video!

Andrew East is an American football player who plays as a long snapper. He is also the husband of Olympic gold medalist Shawn Johnson. During his college time, he played football at Vanderbilt. Previously, he has played football for the Oakland Raiders. More Bio…

Happy Married Life Of Lane Kiffin And His Wife Layla Kiffin!! Here Are The Few Things You Did Not Knew About Layla
Tags : Football long snapper Football player Free Agent