Andrew Form is a producer who is popular for A Quiet Place. He is married and a father of two.

Andrew Form is a married man. His wife is none other than the actress, Jordana Brewster.

They first met during the production of the film, The Texas Chainsaw Massacre: The Beginning where Jordana was portraying the lead character of Chrissie. Also, Form happens to the producer of the movie. Their bond was never love at first sight. However, a sort of affection started to grow among the set of the film which eventually converted into love after a few years.

Later, on the 4th of November, they announced that they are engaged. Later, they got married on the 6th of May 2007 at the private wedding ceremony that took place in the Bahamas.

Moving forwards, they completed his family with two sons Rowan and Julian. As of now, the couple is enjoying their happy and prosperous life along with their children. 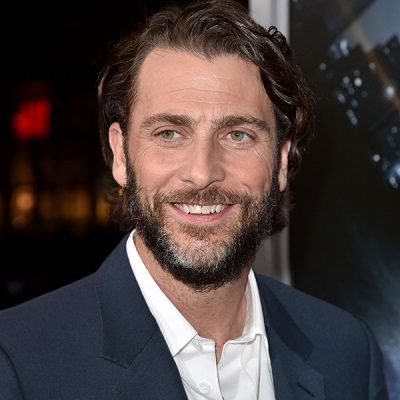 Who is Andrew Form?

Andrew Form is MCFCA Award-winning producer. He is renowned for the production of A Quiet Place.

He is also the co-founder of the production house, Platinum Dunes.

Further, he has made the announcement of the movie, Untitled Teenage Mutant Ninja Turtles Reboot.

Andrew Form was born on the 3rd of February 1972 in New York, United States. He is of Caucasian ethnicity.

His father, Fred Form is an accountant by profession whereas his mother, Johann From is a homemaker. He happens to be the single child of his parents.

Andrew Form started his journey as the Personal Assistant for a famous producer likes Jerry Bruckheimer in the mid-’90s. Later, he joined the producer Don Simpson. However, he never stopped at the position forever.

Later, in 2002, he founded his own production house, Platinum Dunes along with fellow filmmakers like Michael Bay, and Brad Fuller. Under the production house, he produced the horror movie, The Texas Chainsaw Massacre which was a big commercial success with a profit margin of 10.27%.

Last, he produced the movie, A Quiet Place Part II under his production house.

Besides that, he also earns through the profit margin for the movies under his production house.

The producer’s name has not been spotted in major controversies that have created a buzz in the media. Similarly, there are no rumors involving him.

Andrew Form has a brown-eyed brunette. His height is 6 feet and weighs around 80 kg.

Taking about the appearance of the producer, he prefers the sharp looks classic man appearance with the medium hair with short facial hair.