Andrew Foy’s relationship status is taken. He is dating a girl named Delia Daniels with whom he studied in school.

His girlfriend is often featured on his social media posts. 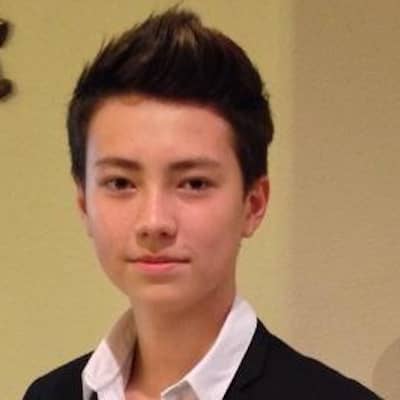 Who is Andrew Foy?

Andrew Foy is an American musical personality and web personality. He is popular for his amazing voice and music talents.

His birthdate is 28 Sep 2001 and he was born in Las Vegas, Nevada, the United States. The name of his mother Nikki but his father’s name is not disclosed.

Andrew’s ancestry is Caucasian-Korean and has a sister, Renee. As per his academics, he is a high school graduate.

Andrew Foy is a popular face of the musical world. His amazing singing talents can be shown in his songs. Mostly, he sings the cover songs of several popular artists like The Chainsmokers, Charlie Puth, Alan Walker, etc.

Some of his sung songs are At My Worst, Arcade, You Broke Me First, Havana, Peaches, Dynamite, Shape Of You, Circles, How You Like That, etc.

Moreover, he created his channel in Oct 2011 and has around 2.9M subscribers. Here he mostly uploads his own song and the cover songs of popular artists.

This musical person/web star is keeping himself away from rumors and desperate scandals.

Andrew Foy’s height is 5 ft 7 inches and his body weight is 60 kg. Similarly, he has dark brown eyes and his hair is also dark brown.

What college does Andrew Foy attend?