Andrew Gray McDonnell is an American actor and fashion model. 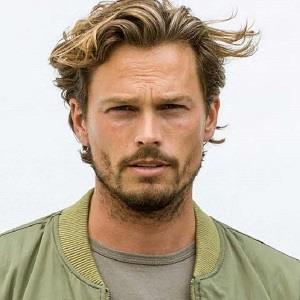 Andrew Gray McDonnell is currently in a relationship with singer and songwriter Alexandra Eden.

The pair has a son named Jasper from this relationship. There are no other records of other relationships that Andrew has been involved in.

Who is Andrew Gray McDonnell?

Andrew Gray McDonnell is an American actor and fashion model. People mostly know him from his appearance in movies and television series like ‘American Woman’, ‘Casual Encounters’ and ‘Shooting the Warwicks’ among others.

McDonnell was born in Naples, Florida on June 17, 1982.  He is the son of famed trial attorney Michael McDonnell. Most of the information relating to his parents is not available at present.

He is of American nationality. Furthermore, he has not revealed details regarding his ethnic background as of now.

Talking about his education, McDonnell attended the University of North Carolina at Chapel Hill.

McDonnell initially moved to California to pursue his modeling and acting career. Firstly, he appeared as a reality TV star in ‘Re-Cut’ in 2010. In the same year, he gave voice in ‘Legend of the Guardians: The Owls of Ga’Hoole’.

Since then, he has appeared in numerous movies and television series.  All in all, he has over 10 credits as an actor.

Some other movies and television series that McDonnell has appeared in are ‘Honeyglue’, ‘Just Before I Go’, ‘Coming Home’, ‘Hot Neighbors’, ‘Still Young’, ‘Reality Show’, ‘Finding Focus’ and ‘Daybreakers’ among others.

Additionally, he also appeared in the music video for ‘Like I Need You’, a single from Kan Wakan’ album ‘Moving On’. Furthermore, he has represented major companies in print and commercial advertising.

McDonnell has not revealed his current salary. Additionally, there is no detailed information regarding his net worth at present.

Andrew Gray McDonnell has successfully kept his career away from the media spotlight.  He has not been part of any notable controversies to date. Additionally, currently, there are no rumors concerning McDonnell’s life and career.

Talking about his body measurement, Andrew Gray McDonnell has a height of 6 feet has a decent weight. Furthermore, his hair color is blonde and his eye color is hazel.