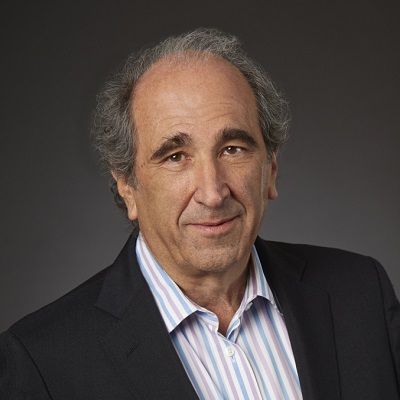 What is the relationship of Andrew Lack?

Andrew Lack has been married twice. In 1970, he married Pamela Ann Blafer in a Jewish ceremony at the Temple Emanu‐El in Manhattan. They had a daughter Joanna. His second marriage, which was with Betsy Kenny Lack, took place on September 1992.

This couple had two sons together. They are named Sam and Andrew Jr. Currently, Andrew is single.

Who is Andrew Lack?

Andrew Lack is an American producer and director. He is famous for his works on  CBS Reports, Cadillac Records and All the President’s Men Revisited.

Lack was born on May 16, 1947, in New York City. Unfortunately, there is no information about his father, mother, or siblings. However, it is revealed that his ethnicity is Jewish. Similarly, he is of American nationality.

Andrew Lack graduated from the Browning School, a private school in New York. After that, he studied at the Sorbonne, University of Paris. Similarly, he graduated from Boston University’s College of Fine Arts in 1968.

In 1976, Andrew joined 60 Minutes creator Don Hewitt at CBS News and worked as a producer for the personality-driven TV show Who’s Who. Later, he became the executive producer for CBS Reports, where he eventually stayed for seven years.

After that, he had a four-year stint starting in 1985 as the executive producer of West 57th, a long-format news program. The program was popular for mixing new storytelling techniques and topics along with the same journalistic standards as of 60 Minutes.

In 1993, Lack became the president of NBC News to restore credibility to the news division, after it was discovered the news program Dateline had faked an explosion during a truck safety segment. This move paid off as by just his third year, NBC Nightly News with anchor Tom Brokaw became the number-one-rated evening news program. Moreover, he also greatly expanded Dateline, from a weekly program to multiple nights each week. However, in 2001, he left the news division and became the president and CEO of NBC, the TV network.

In 2003, Andrew joined Sony Music Entertainment as Chairman and CEO. Similarly, in 2004, he led a merger with BMG. Lack became CEO of the new Sony BMG, a 50–50 venture with Germany’s Bertelsmann that eventually resulted in the second-largest music company in the whole world. In 2008 he left the company after 5 years there.

In 2008, Lack joined Bloomberg as CEO of its Media Group, controlling the television, radio and digital properties of the group. He even cut losses in half and doubled the revenue of the company in his stay there. In 2015, Lack rejoined NBC News and MSNBC in 2015 when there was a crisis caused after NBC Nightly News host Brian Williams who mispresented events which occurred while he was covering the 2003 Iraq War. After that, Andrew appointed Lester Holt as the news anchor of NBC Nightly News. The move paid off as the show became a rating success. Furthermore, Lack introduced a closer collaboration between NBC News and MSNBC. Moreover, he united the digital operations of NBC News and MSNBC.

In his long career in broadcasting and network news, Andrew has won a lot of awards. This includes 16 Emmy Awards, 4 Alfred I. DuPont-Columbia University Journalism Awards, 5 Ohio State Awards. Furthermore, he has also won an Overseas Press Club Award, 2 Gavel Awards from the American Bar Association, a Clarion Award, and a George Polk Award.

According to some online sources, he has a net worth of around $8 million as of 2022. However, his annual salary is under review. His net worth mainly comes from his primary occupation which is Executive.

According to some reports, he defended a male employee who sexually harassed multiple women while he was in charge at Sony BMG Music Entertainment in 2004. However, this news was published only in 2018.

Andrew Lack has a height of around 5 feet 9 inches. Additionally, he weighs around 74 kg. His hair color is salt and pepper whereas his eyes are green in color.