Andrew Lawrence is 34 years old and many of his fans and followers want to know about his relationship, linkup, and girlfriend. Without further ado, we will reveal that he is single and is not dating anyone. Even if he is in a relationship with someone, he has successfully kept it a secret from the public. 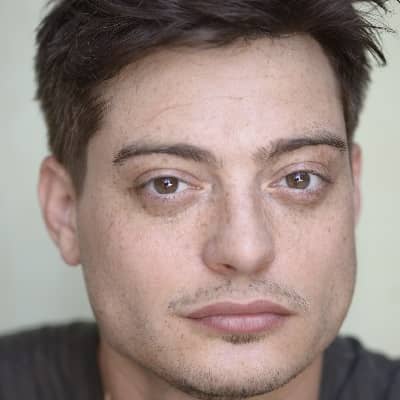 Who is Andrew Lawrence?

Andrew Lawrence is an American actor, singer, and film director. He is known as Andy Roman in the sitcom, Brotherly Love and T.J. Detweiler in the animated series, Recess. Furthermore, he has done lead roles in several tv series and films.

In addition, he along with his brothers, Joey Lawrence and Matthew Lawrence founded a band named Still 3 in 2016.

Andrew Lawrence was born Andrew James Lawrence on January 12, 1988, in Abington, Pennsylvania, USA. People also call him Andy. As of 2022, he celebrated his 34th birthday.

He was born to Joseph Lawrence Mignogna Sr., an insurance broker, and Donna, a personal talent manager. He grew up along with his younger brothers Joey Lawrence and Matthew ‘Matt’ William Lawrence. Both of his brothers are prominent actors and singers.

Andrew began his acting career as soon as he started walking, he was only three years old at the time. His first acting role was in the television series Blossom as a little Joey.

Lawrence holds citizenship in America and his ethnicity is of Italian and British descent. He hasn’t given details about his education.

Andrew Lawrence started his career as a child actor in films, commercials, and Tv series. He has done several commercials and appeared as a child actor in numerous films and tv series, most notably in Blossom (1991-1994), Cries Unheard: The Donna Yaklich Story (1994), Tom (1994), White Man’s Burden (1995), Prince for a Day (1995), alongside his real-life brothers Joey Lawrence and Matthew Lawrence in ‘Brotherly Love’ in 1995-1997 and as young Spence Lawrence in ‘Deadly Web’ (1996).

He has been appearing in films and tv series since he was a child. Andrew holds more than 60 acting credits. Some of his lead role-played movie and tv series includes Sniper 3, Confessions of a Womanizer, Money Plane, Recess, Tucker, Oliver Beene, Runaway, United States of Tara, Hawaii Five-0 etcetera.

He has also begun making movies with his directorial debut 2020 film The Office Mix-Up. Apart from movies, the Lawrence brother is known for singing. In November 2016, Andrew released his debut EP, Kings March.

The same year, he along with his brothers, Joey Lawrence and Matthew Lawrence founded a band named Still 3. The following year in February, they released their debut single, Lose Myself.

This talented actor has won the Festival prize and Young Artist Award for Confessions of a Womanizer and The Other Me respectively. Likewise, he was nominated for the Young Artist Award 3 times, Teen Choice Award, and the Canadian Videogame Award.

Andrew has made a huge fortune through acting, singing, and making films. He earns a salary of $100k and has an estimated net worth of over $2 million.

The Lawrence brothers are loved and respected as an honorable personalities. Apparently, it seems they are busy supplying unique content for their people rather than stuck in any rumors or scandals.