Andrew Marr is an amateur painter and presenter of the BBC1 Andrew Marr Show. He is married and a father of three.

Andrew Marr married Jackie Ashley in August 1977 in Surrey and is in a relationship with her till now. They have 3 children(1 son and 2 daughters). 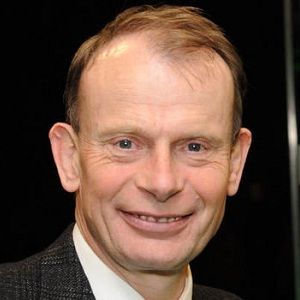 Journalism is often the simply the industrialization of gossip

I'm a great believer in the direct quote in quotation marks and the hard fact.

Who is Andrew Marr?

Andrew Marr was born named Andrew William Stevenson Marr. He is a Scottish television presenter, political commentator, a journalist, and also an actor

Andrew Marr is still hosting and presenting ‘The Andrew Marr Show. Andrew has also worked as a reporter, trainer, editor, and many more.

Andrew Marr was born on July 31, 1959, in Glasgow, Scotland. He is currently 58 years old. His birth name was Andrew William Stevenson Marr.

Marr was the son of Donald Marr, who was an investment trust manager, and Valerie Marr, a housekeeper.

Marr had a very religious family. So, he used to go to the church as a boy. He was raised up in Glasgow, Scotland. He is British and speaks English. Marr was interested in politics from the beginning of his childhood.

His childhood was spent all in learning. He was very good at his studies as well.

Marr was educated at ‘Craig Flower Preparatory School’. the ‘High School of Dundee, and at Loretto School, an independent school in Musselburgh, East Lothian.

He then went to study English at Trinity Hall, Cambridge, and graduated with a first-class honors degree.

Marr began his career as a political commentator, edited ‘The Independent’ (1996-1998), and also as political editor of BBC news (2000-2005). He hosted a political program ‘Sunday AM’, now called ‘The Andrew Marr Show.

In 2000, he took over John Sergeant, as the BBC’s political editor. He was an avid painter and has written many books related to the arts. He worked as a reporter for a newspaper and joined ‘The Scotsman’ as a trainee and a business reporter in 1984. He worked in various other newspapers as well.

When Marr was appointed as BBC political editor in May 2000, he played various presentational roles and announced in 2005 that he would step down as a political editor to give time to his family.

He worked more for BBC after 2009. As Marr was also interested in politics, he also wrote about the need for impartial, delivering news reports.

Andrew Marr had a very successful career. He won many awards. He was ‘The Columnist of the Year’ in 1995, at both ‘What The Papers Say Award’ and ‘British Press Awards, and also received the journalist and political award of 2001.

Marr received two ‘British Academy Television Awards’: the ‘Richard Dimbleby award’ at the 2004 ceremony and he was considered for honorary membership of ‘The Coterie’ for 2007. He also won the awards for ‘The best Specialist Programme at the 2008 ceremony.

Marr’s salary is 400,457 euros and his net worth is still under preview.

Andrew Marr stated that he did not deserve his 400000 euros BBC salary and said, “No one in the media earns what they should.”

He has brown hair color and his eye color is blue. There is no information about his height, weight, and shoe size.

You may also read Sarah Hurwitz, Gina McCarthy, and Joann