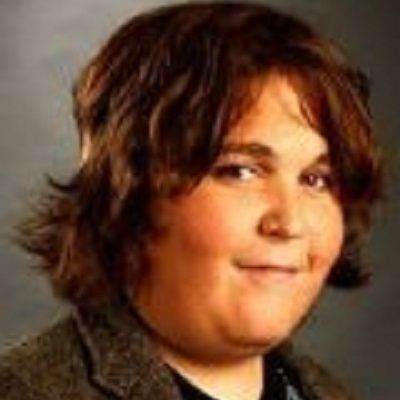 "If I tell my mom I'm coming to New York even for a few days, she texts me in all caps how she's so happy, with balloons and hearts. I'm 43 years old. I feel lucky because she's probably why I'm a loving person."

“I don’t want to rap about my car. How generic is that? Be creative.”

“I’d think of a topic and just rant on it and transfer it to the computer, upload it. It’s such a quick thing. You post it on your website, and after an hour, 10 people write comments.”

“As young as I look, I think it will still be funny if I played a person who’s kind of tortured and hates his life. Kind of like a Larry David-type thing.”

What is the relationship of Andrew Michael 'Andy’ Milonakis?

Andrew Michael ‘Andy’ Milonakis is single. He has not been linked or seen with any girlfriend in public.

There are no details about his past relationship if any.

Who is Andrew Michael ‘Andy’ Milonakis?

Andrew Michael Milonakis ‘Andy’ Milonakis is also a writer, rapper, streamer, comedian, and an accomplished business person. He is the ‘Andy’ of the  2000 sketch comedy ‘The Andy Milonakis Show’ that is still popular on MTV and MTV2.

He did his studies at John Jay High School in Cross River, New York. He started humor as a defense in school to avoid bullying for his obesity.

Milonakis started as a rapper, and now he is an accomplished streamer, comedian, and writer of scripts.

He initially created and starred in the 2000 show ‘The Andy Milonakis Show on MTV and MTV2. In 2013, he played the recurring role of Roman Armond on the Comedy Central sketch ‘Kroll Show’.

Most normal adults in America will go to any lengths to see the Super Bowl. Not so with Andy!

On 26 January 2003, instead of attending his friend’s Super Bowl XXXVII party, Milonakis decided to stay at home. He recorded the video “The Super Bowl is Gay” and hosted it on the web. It went viral within less than two weeks, so much so that Jimmy Kimmel invited him to his recently introduced show on ABC’s new late-night show ‘Jimmy Kimmel Live!’

On 26 February 2017, he was acclaimed as Twitch’s fastest-growing streamer in the IRL category. Andy’s discography of mixed tapes and collaborations includes-

Songs, Raps
Milonakis’ first song with his band ‘Three Loco’ with rap artists Dirt Nasty and Riff Raff is ‘The Andy Milonakis Rap”. However, the Three Loco was pulled off on 26 September 2014 after Andy announced its closure. Some of his Music + Music Videos creations are here.

Andy works on his cooking show on Vice Network, the ‘MUNCHIES’. Here enjoy hot, live munchies by you-know-who entitled ‘Andy’s Hungry Voyage’. Get with it!

In December 2016, he joined the ‘Baited Podcast’, with Anything4views, Colossal Is Crazy, and Keemstar. Some of his collaborative endeavors are here for you.

Furthermore, Andy wrote and sang his favorite rap-a-body. Check these out.

Andy appeared as a guest artist on the 2012 “Money and Swag” and the 2013 “Worst Day” vlog-raps. Furthermore, ‘Michael the Showman’- Filmography includes–

Andy Milonakis- The Person
Michael is always mistaken for a child, even today. This is due to his growth hormone deficiency.

Once he visited a Car Showroom in California.

The female cashier mistook him for an adolescent and refused to sell the Nicorette he fell in love with.

He carried a valid state ID card to prove his age, however, the cashier was unimpressed! He was 41 at the time. She did not realize that Andy had secretly recorded their conversation on his bodycam, and later in 2017, he posted it on Twitch!

Vlogs, Streams
Here are some of Andy-inspired vlog-raps other creations. Man Alive!

His estimated earnings from his comic-rap-stream-travel-food-vlogs are $909-$14.5 K annually.

Andrew Michael Milonakis invovled in any rumors and controversies?

Andrew has no major rumors about him.

He had called fellow streamer Sodapoppin ‘super pompous, self-important douchebag’ but later apologized for his comments.

Andy Milonakis has 240 K likes and 250 followers on Facebook, 414k followers, and 2924 posts, on Instagram among others.

Andy created his webpage on 19 July 2006 with just one vlog.

The views averaged a total of 1 M views and over.

Milonakis is brown-haired with brown eyes. His height is 5 ft. 6 in, and his weight is 88 kg.

Andy has growth hormone deficiency that affects his height, weight, and voice- in fact, his total emotional, physical, and constitution and outlook on life

You may also want to read about the height, weight, and single or married status of Virginia Donald, Stella Caro Stevens, and Henry Ford.