Updated On November 23, 2022 | Published By: lilly
Share this
In Relation 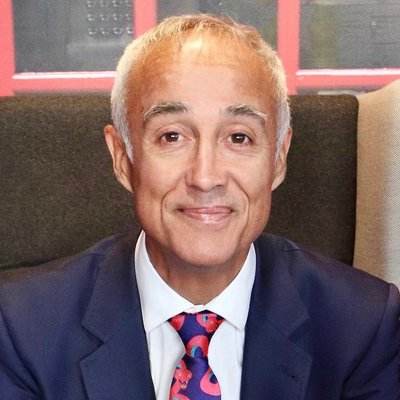 Perhaps the biggest lesson that I would say is the one to learn is not to let fame and fortune get inside your head.

The great thing about dancing is it's a way to get close to a beautiful woman you have never met.

What is the relationship of Andrew Ridgeley?

Ridgeley is not married and has just rekindled his relationship with Keren Woodward in late 2019.

The two started dating in 1990, and lived together for more than two decades but split in 2015.

They were back together after that but again split for the second time in 2017.

Who is Andrew Ridgeley?

Andrew Ridgeley is a singer, songwriter, and record producer known for his work in the Pop-Rock genre.

He is famous for his work in the musical duo Wham! in the 1980s. He is currently involved in charity work.

How old is Andrew Ridgeley?

Born on January 26, 1963, Ridgeley is currently 59 years old. He was born in Windlesham, Surrey, England. He is the elder son of Jennifer John and Alberto Mario Zacharia( later changed his surname to Ridgeley).

His father is of Italian/Egyptian descent and his mother is Scottish. Andrews’s mother was a school teacher and his father worked for Canon.

His younger brother, Paul Ridgeley was a drummer who toured with Bananarama.  As for his childhood, we don’t have much information about it except that he grew up in Bushey, Hertfordshire.

Andrew attended Bushey Meads School and graduated from there. His mother was a school teacher at  Bushey Heath Primary School. He later became a famous singer, but we haven’t found any information on him joining any music school or academy.

The duo broke up after a farewell concert at Wembley Stadium on 28 June 1986. Ridgeley is a singer, songwriter, and record producer by then.

Now, he is more into charity work after he performed a cameo role in Last Christmas, a 2019 film featuring many songs from Wham!

The duo Wham! had famous records and was the top seller around 1986, but even being at the top ranking the duo hasn’t won any awards to date.

How much is the net worth of Andrew Ridgeley?

Andrew’s net worth is about $40 million as of 2022. He has worked as a singer, songwriter, and record producer and earns many, but we still don’t know about his salary.

His relationship with Keren Woodward is a bit controversial as the couple who had been together for more than 2 decades split and rekindled twice.

He has a private lifestyle, hence we weren’t able to find any rumors about him.

Ridgeley is 1.82m tall and weighs 72kg. He has a handsome face with black eyes and black hair and has a dashing personality.