Talking about his love life, Andrew W.K. is in a relationship with Kat Dennings. Dennings is a well-named American actress known for her role in 2Broke Girls, Thor, and Thor: The Dark World. The duo announced their relationship status on 13 May 2021 via her Instagram handle. Andrew has posted

Previously, the singer was in a married relationship with Cherie Lily. The former couple tied the knot on 4 October 2008 in a traditional Persian wedding ceremony. Similarly, their wedding took place at Santos Party House, a nightclub in Chinatown. W.K. is the co-owner of the nightclub.

The pairs met from their common heavy-metal voice instructor. Lily played with W.K.’s band being a vocalist and hype woman from 2006 till 2018. They have two children as well but have not revealed their details in the public.

However, the couple got separated and divorced in late 2019 without any unclosed reasons. 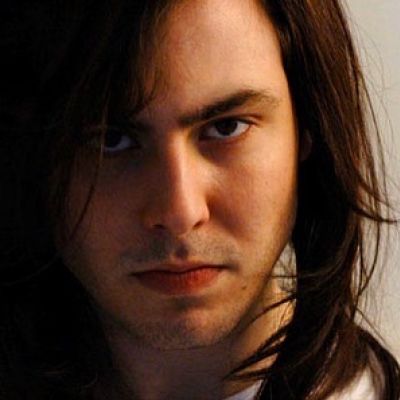 Moreover, he has appeared in many non-musical ventures like acting, radio work, writing, and motivational speaking.

Andrew W.K. was born on 9 May 1979. At present, his age is 42 years old. Likewise, his birthplace is Stanford, California, the USA. He spent his childhood in Ann Arbor, Michigan.

Andrew is the son of his father, James E. Krier whereas his mother is Wendy Krier. Moreover, he has a brother as well named Patrick Wilkes-Krier. His dad is a Professor and co-author of the widely used Dukeminier & Krier Property casebook and his brother was a golf player and is now a golf coach in Michigan.

Talking about his nationality, Wilkes-Krier holds an American identity whereas his ethnicity is Caucasian.

Regarding education, he completed his elementary school in Michigan. Afterward, Andrew attended the private college preparatory Greenhills School for middle school and later went to Community High School from 1993 to 1997. There, Krier studied piano and Keyboard.

The famous singer started his career at the early age of fourteen in the year 1993. He joined the band Slam which was later known as Reverse Polarity. Andrew then recorded a song named Mr. Surprise in 1996. In the next five years, W.K. played in a number of Detroit-based punk rock and heavy metal bands, which consists of The Pterodactyls; Lab Lobotomy; Music Band; Mr. Velocity Hopkins; playing drums, and so on.

In the early 2000s, Andrew published his debut Extended play, Girls Own Juice which was described as Judas Priest mixed with Sparks by Magas, a collaborator of W.K.’s. He continued to build his fame by performing various solo gigs in the New York and other East Coast areas.

Popular singer, Andrew then released his first studio album, I Get Wet on 13 November 2001 on Island Records. Going on, the sound made by his previous Bulb Records EPs, I Get Wet is distinguished by its metal and punk rock influences and lyrical content revolving around partying.

In late 2003, Krier published his second studio album, The Wolf. The album starred W.K. performing all instruments, with heavy use of overdubbing of these instrument sections in production. It includes singles Tears It Up and Never Let Down in the United States. Moreover, the song, Long Live the Part got popular in Japan.

Presently, he mentioned that his sixth studio album, God is Partying will be published on 10 September 2021.

Apart from this, he has emerged in some TV series as well. He made appearances on MTV, MTV2, and VGH1. Andrew was the anchor of The Most Outrageous Frontmen, along with Johnny Knoxville. He also performed in the show, I Love The 90’s, I Love The New Millennium, Black to the Future, I Love The Holidays, The Great Debate, Best Week Ever, and The Osbournes.

Additionally, W.K. was the host of his own show on Kerrang!TV is known as Andrew W.K’s Party Hard 100. He also co-hosted six episodes of Pivot’s TakePart Live along with Meghan McCain and Jacob Soboroff.

In this way, Andrew has worked in radio, live music, writing, motivational speaking, production house, and so on.

American multi-faceted talent, Wilkes-Krier has earned a massive amount of money from his multiple profession working as a singer, songwriter, instrumentalist, record producer, and actor.

It is reported that Andrew W.K. has an estimated net worth of $6 million. He has been active in his profession from the year 1993 till the present.

Andrew has been in a car accident while shooting his new TV shows, where he drove his car head-on into two other cars on January 16, 2004. Fortunately, no one was injured.

Going on, Andrew’s first album, I Get Wet(2002) cover created a problem with censors as it exhibits W.K. with a badly bloodied nose and the blood flowing out of his mouth, chin, and neck. Ultimately, it was put on the CD shrink encloses to cover the bloody area.

Similarly, his second album’s working title also created some issues with censors. The censors took it as a sex-oriented title. However, Andrew mentioned it meant blowing up chicken bones with explosives. Later he changed the title before its release.

42 years old star personality, Andrew Wilkes-Krier has dashing looks, a muscular and athletic body, and an admirable personality. He stands at a height of 6 feet 3 inches. Also, he has a balanced bodyweight of 89 kg.

Furthermore, Krier has hazel eyes whereas his hair is brown. He has notably long hairs.

Regarding his social media presence, Andrew W.K. is an active personality on social media. Andrew has more than 150k followers on his official Instagram account @andrewwk.

He is also active on Twitter with around 293.6k followers.

Moreover, Wilkes-Krier is also available on Facebook with nearly 380k fans and supporters.