Andrew Walker is a Canadian actor. He is married and a father of two kids.

Andrew Walker is a married man and has two sons from his marital relationship. Walker is married to his long-term girlfriend Cassandra Troy, a fellow Montrealer.

Walker and his wife Cassandra wedded on 8th June 2012.

The couple welcomed their child, a son West Walker on 15th July 2015 and their second baby Wolf Reinhard Walker was born on 24th December 2019. 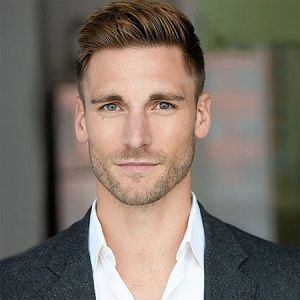 Who is Andrew Walker?

Andrew Walker is a Canadian actor and film producer who came into the limelight after appearing as Michael “Mike” Downey in the 2006 film, Steel Toes.

He is also known for appearing in the movies like Hot Properties, Against the Wall, Maybe It’s Me, and many others.

He subsequently appeared in films such as The Mountie and The Gundown and had a starring role in the Lifetime cop drama.

Andrew Walker was born in Montreal, Quebec, Canada on June 9, 1979. His birth name is Andrew William Walker and he is currently 42 years old.

He has a sibling namely, Jenimay Walker, an actress as well as a model. Andrew holds Canadian citizenship, but his ethnicity is unknown. His birth sign is Gemini.

Talking about his profession, Andrew started his acting career in Montreal as a recurring lead on the series Student Bodies in 1996-1997, a series lead on Back to Sherwood, and then Radio Active 1998-2000.

Andrew Walker also appeared in the 2007 Lifetime film Abducted: Fugitive for Love portraying the charismatic Jack Carlson, which was a huge hit among the female demographic.

Subsequently, Walker acquired a large fan base. Likely, he went on to guest star on ER, CSI: Miami, CSI: NY, Without a Trace, Reba, and The Big Bang Theory.

He was nominated for Outstanding Performance – Male for Snowed-Inn Christmas (2017) at ACTRA Montreal Award. Likewise, he won Best Actor for Steel Toes (2007) at Phillip Borsos Award.

He has an estimated net worth of around $2 million as of 2022, earned from his professional career.

Andrew is the co-founder of Little West, a Food & Beverage brand.

Andrew Walker has a height of 5 feet 11 inches. Additionally, he weighs is 75Kg. Andrew’s hair color is blonde and his eye color is blue.

Also, read the affair, salary, net worth, controversy, and the bio of Charlie David, Shawn Ashmore, and Theo Rossi.

9 most successful entrepreneurs! Who are these self-made inspirational millionaires of all time?