The marriage details of Russian actor!

Andrey Ryklin at present is a married man and is living with his wife, an actress by profession.

He exchanged vows with Yevgenia Beloborodova but their wedding details are not revealed. 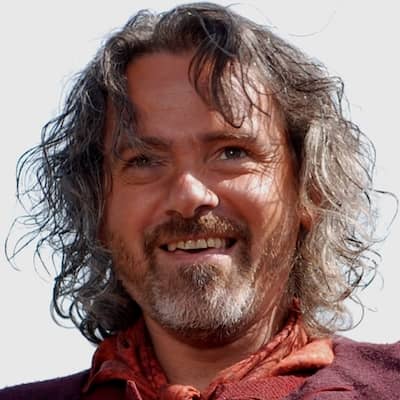 Andrey Ryklin is an actor of Russian nationality. Andrey Ryklin is popular for featuring in on The Sovereign’s Servant (2007), The Barber of Siberia (1998), The Treasure of the Chinese Seas, etc.

He played the character of a doctor in 2021’s drama-thriller movie titled Iscuplenie. As a stunt performer, he worked for two films The Barber of Siberia in 1998 plus Burial of the Rats in 1995.

His birth year is 1966 who celebrates his birthday on 28 April and he was born in Moscow, Russia. The name of his mother and his father’s identity is Losif Ryklin.

Further, Andrey Ryklin’s ancestry is Russian and as per his academics, he graduated from Mikhail Shchepkin Higher Theatre School.

Andrey Ryklin as an actor was featured in a few movies titled The Sovereign’s Servant as Aleksandr Menshikov in the year 2007. In 2014, he was seen in a TV movie The Secret Service Agent’s Memories as Ben / Menshikov.

He along with stars like Antonina Berezka, Anastasiya Chepelyuk, Mikhail Georgiu, etc did 2021’s film Iscuplenie. Further, his acting in the TV show Detective Anna (2016) as Victor Mironov is loved by the viewers.

Andrey also played the same character in the second part of the show for a total of 20 episodes. As Ben, he did six parts of Zapiski ekspeditora Taynoy kantselyarii (TV Series) in 2011.

By the sources of 2022, his net worth is estimated at $500 thousand. The yearly salary that he charges is under the rug.

This actor of The Barber of Siberia, Andrey is keeping himself away from scandals as well as rumors.

Andrey Ryklin’s height and body weight are of average shape. Adding some more, he has brown eyes and has the hair turned in grey color.