Andruw Jones is a Curaçaoan former baseball outfielder. He is a designated hitter who played 17 seasons in Major League Baseball, most notably for the Atlanta Braves. 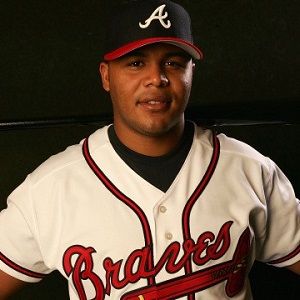 Andruw Jones is a married man. He married his wife Nicole Derick on 23rd November 2002. Similarly, they have two children.

Their son is Drew and their daughter is Madison. On 2012 Christmas, he got arrested in response to the domestic disturbance call between him and his wife.

However, he released on a $2,400 bond, and in early January 2013, she filed for divorce. Andruw has also a son with Mélissa Vaillancourt, Joshua who was born in 2005.

Who is Andruw Jones?

Andruw Jones is a Curacaoan former baseball outfielder. He used to be a designated hitter who has played 17 seasons in Major League Baseball (MLB) for the Atlanta Braves.

He was born on 23rd April 1977 in the capital city of Willemstad on the Caribbean island nation of Curaçao.

Similarly, he is the son of Henry Jones (father) and Carmen Jones (mother).

Likewise, he belongs to Dutch and Curacaoan nationality and his ethnicity is Curacaoan.

He made his MLB debut during the 1996 season with the Atlanta Braves. In the year 1996 World Series, he became the youngest player ever to hit a home run in the postseason, and just the second player ever to homer in his first two World Series at-bats. The following season, he finished fifth in voting for Rookie of the Year.

Similarly, he started to draw many comparisons to Willie Mays and was considered one of the top center fielders in baseball. The next season, he again hit over 30 home runs and drove in 104 runs but his average dipped to .251 while his strikeouts increased.

Similarly, he improved with All-Star seasons in 2002 and 2003, but in 2004, he failed to hit at least 30 home runs for the first time since 1999 and exceeded 100 strikeouts, which became a regular occurrence thereafter. In the year 2005, he led the National League (NL) with 51 home runs 128 RBIs, finishing second to Albert Pujols for NL Most Valuable Player.

He concluded his MLB career with brief stints for the Rangers, White Sox, and Yankees, transitioning from a center fielder to designated hitter and a fourth outfielder role. Further, with the White Sox, Jones hit his 400th career home run.

Jones won 10 consecutive Gold Gloves from the year 1998 till 2007. He is one of five center fielders to record at least 400 putouts in a season six times.

Similarly, he won NL Silver Slugger Award in 2005, the NBL player of the month (2005), and Fielding Bible Awards at center field in 2007. In this way, he has won many awards.

The estimated net worth of Andruw Jones is around $50 million. His main source of income is from his baseball career.

Likewise, on January 20, 2011, he agreed on a contract for the 2011 season for $2 million with an additional $1.2 million bonuses with New York Yankees. He has a house of around $50 million in Los Angeles, USA. The swimming pool costs around $10 million.

On 2012 Christmas, he was arrested for a domestic disturbance call between him and his wife Nicole in suburban Atlanta. But, he released on a $2,400 bond late that morning.

Andruw Jones has a height of 6 feet 1 inch and weighs around 85 kg. Similarly, his hair color is brown and he has dark brown color eyes.

You may also like to read Matt Franco, Javier Lopez, and Christian Yelich.