Andy Bassich is a reality star who appeared in Life Below Zero. Andy is dating Denise. He has one child with his ex-wife. 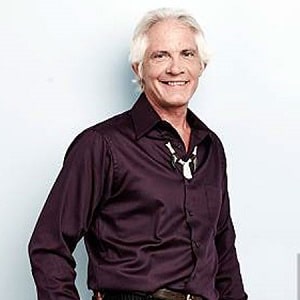 I quest for a simple life in a simple setting/ I like living in the Alaska Bush.

What is the relationship of Andy Bassich?

Andy Bassich is dating Denise Becker. Denise is a trauma nurse. Andy met his girlfriend on a canoe trip in Florida in 2017.

Previously, he was married to Kate Rorke Bassich after a few years of dating. They met for the very first time at Dawson City in 2003. He used to work as a riverboat captain and she was there as a tourist.

The couple lived an adventurous life in Alaska. They have a daughter but her name is unknown. They lived together for 10 years. But he was abusing her physically and verbally hence, they separated in 2015. The divorce was finalized in 2016.

Andy Bassich is one of the six characters in the National Geography documentary TV series ‘Life Below Zero’. He is the ex-husband of Kate Rorke Bassich.

Andy was born on 25th January 1958 in Washington DC, USA, of Turkish descent.

He was raised in Wheaton, Maryland. There is no information about his parent, siblings, or childhood.

He is graduated in 1976, from John F. Kennedy High School. He worked as a carpenter and cabinet maker in Virginia after his graduation.

He traveled across the country in 1976 and he wanted to visit Alaska. But, his sister was getting married in the same year, so he returned and did his carpentry jobs for a few years. Then he went to Alaska to fulfill his dream of living and working in Alaska.

He used to do gardening in the summertime and used to hunt and gather garden supplies in the fall. Andy used to work as a musher and lived there along with 37 sled dogs. He loves to spend his time with dogs rather than humans. He enjoyed his life in Alaska.

Andy worked as a riverboat captain for 20 years on the Yukon River.

He is one of the six characters in the documentary series Life Below Zero’ alongside Sue Aikens, Jassie Holmes, Glenn Villeneuve, Erik Salitan, Agnes Hailstone, and Chip Hailstone 2013.

Alaskan people mostly celebrate the breakup of water at the beginning of summer but, icy water flooded away all the property, machinery, and houses he had.

He was in controversy for verbally and physically abusing his ex-wife Kate Rorke Bassich and the couple parted away in 2016. Reports also say that Kate tried to save her marriage despite all the controversy, however, they were not meant to be together.

He has got grey hair and brown eyes. Other information about his height, weight, etc. is under review.