Andy Bird is an English film producer and executive. Cliff Skelton is not having an affair with anyone presently.

Andy is unmarried till now. He has kept his personal life private and out of the spotlight. He usually doesn’t talk about his private life in media and public. He prefers people focusing on his work rather than his personal life.

He hasn’t mentioned about his affairs publically and has managed to keep it low profile. It seems like he is sharpening his strength and skills to make his all dreams come true rather than being stuck in a relationship. He is currently focusing on his work and it seems like he doesn’t have time for love affairs. According to the records, he is possibly single at the present time. 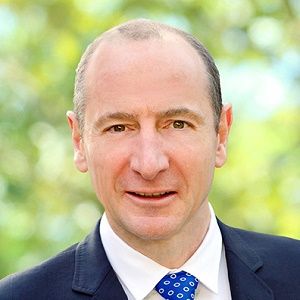 Playing the violin and singing and whistling are just three different ways of making sound.

A good espresso to me is a little bit salty

you just become used to a good taste. Anytime I go into a new place and they don't clean their machine properly or the water temperature isn't right, it tastes awful.

The problem is, when you're working with orchestras, you only get the orchestra for about two hours before the performance to pull it all together, and that doesn't sound like a real collaboration.

Who is Andy Bird?

Andy Bird is an English film producer and executive. He is also the former chairman of Walt Disney International until 2018.

Andy was born in Warrington, United Kingdom but his birth date is unknown. His birth name is Andrew Peter Bird. His ethnicity is English and nationality is British. There is no information on his parents and siblings.

Bird attended King’s School, Macclesfield. He graduated from the Newcastle University in the year 1985, studying Bachelor of Arts degree in English language and literature.

Andy started his career from Piccadilly Radio in Manchester as a helper of Timmy Mallett, who is also a TV presenter, broadcaster, and artist. After the experience, he produced his own breakfast show. Then he joined Virgin Broadcasting and moved to London to work with Richard Branson. He also worked in music television channel and satellite radio station ‘Radio Radio’.

His next job was at British Satellite Broadcasting’s The Power Station channel. He along with Chris Evans started a company named Big and Good which made programs in the year 1990. In 1994, he joined Time Warner as senior vice president and general manager of Turner Entertainment Networks Limited. He is also a former TBS International president.

In 2004, he became the part of The Walt Disney Company, India’s Hungama TV, and UTV. In 2012, he was appointed as Commander of the Most Excellent Order(CBE) of the British Empire.

Andy Bird: Salary and Net worth

Andy has worked in a lot of companies which has paid him very well. However, his net worth and salary is not available.

Currently, there are no any rumors or controversy regarding Andy’s personal life and professional career as well.

Bird’s hair color is salt and pepper and eye color is brown. Other than that, his height, weight, shoe size, etc. are unknown.