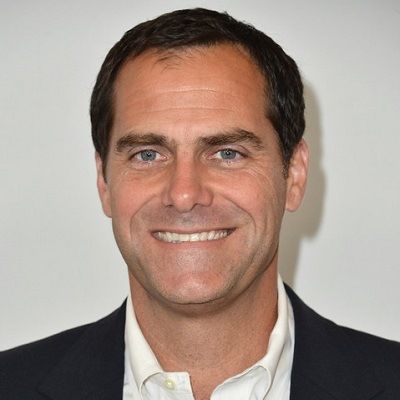 Andy Buckley is married to acting coach Nancy Banks. Andy and Nancy have two sons, Benny and Xander, and they live in Los Angeles, California.

Who is Andy Buckley?

Andy Buckley is an American actor. Andy is also a screenwriter and a stockbroker.

He is known for his role as David Wallace on the American comedy series The Office from 2006 to 2013.

He has also starred in movies and television series such as Lady Bird, China Beach, and The Other Guys.

Buckley appeared in two 1997 music videos, “I’d Rather Ride Around with You” and “What if it’s You”, by American country music artist Reba McEntire.

Buckley played David Wallace, embattled CFO and later CEO of the fictional Dunder Mifflin Paper Company, in 36 episodes of The Office from 2006 to 2013.

Buckley has appeared in television series such as CSI: Miami, NYPD Blue, The West Wing, and Veep.

His supporting role opposite Will Ferrell and Mark Wahlberg in the film The Other Guys climaxed with a fall from an eighth-floor ledge.

Andy had another supporting role in the movie Life as We Know It with Katherine Heigl and Josh Duhamel. Buckley was cast as Captain Correlli in the children’s film Alvin and the Chipmunks: Chipwrecked in 2011.

Andy has dark brown hair and blue eyes, his height is 6 feet 3 inches.