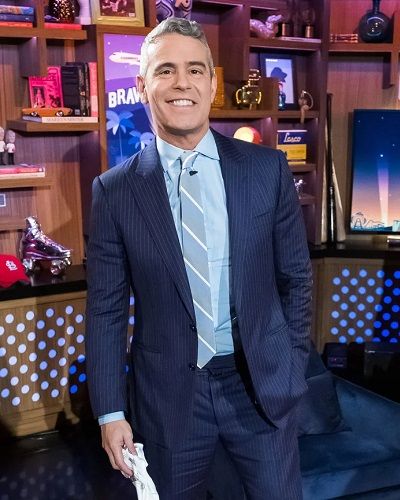 With the increase in Coronavirus cases, another American radio and TV talk show host Andy Cohen has tested positive for Covid-19. On 20th March 2020, Andy confirmed him being tested positive on Covid-19 through his Instagram account.

“After a few days of self-quarantine, and not feeling great, I have tested positive for Coronavirus. As much as I felt like I could push through whatever I was feeling to do #WWHL from home, we’re putting a pin in that for now so I can focus on getting better. I want to thank all the medical professionals who are working tirelessly for all of us, and urge everybody to stay home and take care of themselves.”

After his diagnosis, many celebrities and fans showered their love and care for him. As per the reports of Today, his friends Savannah Guthrie and Hoda Kotb reached out to him after he revealed his health condition.

“He’s hanging in there and is in good spirits.”

Andy has always been open about his sexuality. He is the first openly gay host of an American late-night talk show. He has secured his spot as one of the few LGBTQ superstars that informed the world about the beauty and challenges gay men and all other LGBTQ community experience.

Cohen shared his story that he realized he was gay when he was in the men’s locker room at his dad’s tennis club.

Back in December 2018, Andy shared the good news of him being a father. He revealed that he is going to be a father through surrogacy. He said,

“Tonight, I want you to be the first to know that after many years of careful deliberation, a fair amount of prayers and the benefit of science, if all goes according to plan, in about six weeks’ time, I am going to become a father, thanks to a wonderful surrogate who is carrying my future,”

On 4th February 2019, he welcomed his first child Benjamin Allen Cohen. In November 2019, Benjamin was announced as Cutest Baby Alive by People Magazine.

The father of Benjamin is reported to be single at present. When talking about being a single dad he revealed that he likes being alone. But Andy has a hope that he would meet the perfect person soon.

Also read Andy Cohen reveals on his TV show that he is going to be a father for the first time!

The host of Watch What Happens Live with Andy Cohen has around $50 million net worth as of 2020. His salary is reported to be around $10 million.

Andy has a large duplex apartment in the ultra-swanky West Village neighborhood in New York City. He along with his son and a dog, Wacha live there.

Furthermore, he is also the first openly gay host of an American late-night talk show. In addition, Andy is an executive producer of The Real Housewives franchise. Read more bio…