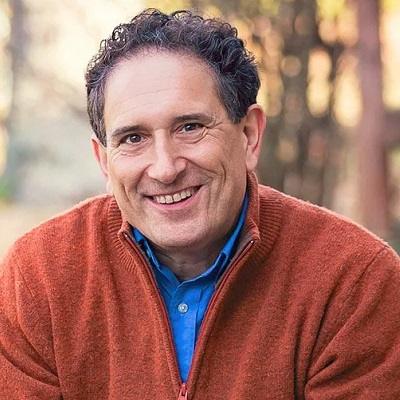 Andy Levin is happily married to Mary Levin-Freeman. His wife, Mary happens to his high school sweetheart. Later, the couple got married in 1991.

Together, the couple is blessed with four children; Koby, Saul, Ben, and Molly. Currently, he resides in Bloomfield Township along with his family.

Who is Andy Levin?

American Andy Levin is an attorney and politician. He is renowned as the U.S Representative of Michigan’s 9th Congressional district.

Also, he is a member of the Democratic Party.

Andy Levin was born Andrew Saul Levin on the 10th of August 1960 in Berkley, Michigan. He is of Jewish-Germanic ethnicity.

He is the son of Sander Levin and Vicki Schlafer (mother). His father, Lt. Sander was the United States House of Representatives who served Michigan’s 9th congressional district. He passed away on the 3rd of January 2019.

He has three siblings including two sisters; Jennifer and Madeleine, and a brother; Matthew.

Talking about his educational background, he joined Willian College. From college, he earned a bachelor’s degree in Honors in Arts. Later, he attended the University of Michigan. He graduated from the university with Honors in Arts majoring in Asian Language and culture.

Also, he earned Juris Doctor from the Harvard Law School in Cambridge.

– In 1994, Andy Levin started his career with the U.S Commission on the Future of Worker-Management Relations as a staff attorney. For the commission, he worked as the trade union organizer and director.

– Later, in 2006, he stood up for the position of Michigan State Senate for the 13th district as a democrat. He lost the election with the vote difference of 0.6% to Republican John Pappageorge.

– Moving forward, in 2007, he joined Governor Jennifer Granholm as the deputy director of the Michigan Department of Energy, Labour, and Economic Growth.

– In 2010, he became the acting director of the department when the Governor was maned as the chief workforce officer. He left the position after the end of the administration of the Governor, Jennifer. Later, he founded the energy firm, Levin Energy Partners LLC. Also, he served as the president of Lean & Green Michigan.

– In 2018, he ran the general election for the United States House of Representatives in Michigan’s 9th congressional district. In the election, he defeated the Republican Candius Stearns, Working Class Party, Andrea Kirby, and Green Party, John McDermott with the vote of 59.7%.

Till the date, he has not shared any details on his net worth. As a U.S. Representative, his earnings are in the range of $174k. Besides that, his average salary as an attorney is $72k or above.

Andy Levin has black eyes with brunette hair. He has a decent height and an average weight. However, details on his body stats are not available.

Till the date, he has not been part of any sort of controversy and scandals that created a buzz in the media. Besides that, he has managed to maintain any type of rumors too.

You may also read the bio of Robin Kelly, Kat Cunning, and Mari Manoogian.