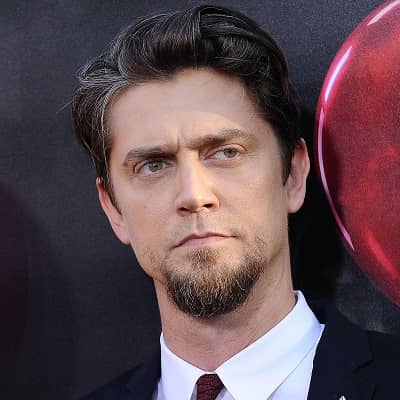 What is the relationship of Andy Muschietti?

Andy Muschietti is single at the moment. We haven’t heard anything from him that proves he is in a relationship or married.

Previously, he dated actress, producer, model, and voiceover artist Amber Heard in 2019. The ex-lovers were spotted by paparazzi in mid-March 2019 kissing each other. Unfortunately, they parted ways at the end of the year.

Who is Andy Muschietti?

Andy Muschietti is an Argentine actor, writer, director, and producer who has made Tv shows and films such as Mama, It, and the post-production film, The Flash. Likewise, he is known as the founder of their own production company called Double Dream.

Andy Muschietti was born on 26 August 1973, in Vicente López, Buenos Aires, Argentina. As of 2021, he celebrated his 48th birthday.

Likewise, he has never talked anything regard to his mother. However, his father’s name is Miki Muschietti. Andy Muschietti grew up in Vicente López, Buenos Aires. Similarly, he has an older sister named Bárbara Muschietti who is also a popular Film producer and screenwriter. He grew up with an early interest in movies and acting at a very young age.

Andy is of Argentine Nationality and his ethnicity is Italian-Argentine. Moreover, his birth sign is Virgo. Talking about his education, he attended Fundación Universidad del Cine along with his sister.

Having started his acting career in 1996 as a Public relations manager in the science fiction movie Moebius later he worked as a second assistant director and actor in the Argentine, Spanish, Italian, French, and Dutch films ‘Una Noche con Sabrina Love’ in the 2000s. After that, he directed and wrote the supernatural horror film, Mama in 2013 which is based on his three-minute short film, Mamá.

After that, there is no looking backward and he has gained more than 25 movie credits to date. Some of his most notable movies on television include It in 2017, and It Chapter Two in 2019, and this was followed by another post-production film The Flash in 2022.

Furthermore, he is the producer of the Tv film and Tv series, Locke & Key. Andy Muschietti is the founder of a production company called Double Dream along with his sister, Bárbara Muschietti.

There are no details of his salary but he has an estimated net worth of over $5M as of 2022. Andy is one of the highest-paid Argentine filmmakers.

This Argentine actor is concerned about his career. So, he tends to stay away from unnecessary incidents that make controversies and rumors.

Andy Muschietti stands 6 feet and 2 inches tall and his weight is 80 kgs. He has dark brown hair and light brown eyes.