Andy Stanley is a founder of North Point Ministries, Atlanta based. Also, he is among the top ten most influential living pastors in the US. Andy is married and has three children.

Andy Stanley is married to Sandra Stanley. He and his wife have three children: Allison, Garrett, and Andrew Stanley.

There is no information about his marriage and wedding date. He is happily living with his spouse. 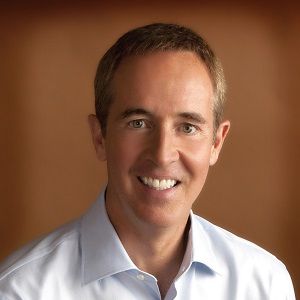 As leaders, we are never responsible for filling anyone else's cup. Our responsibility is to empty ours.

What does love require?

Do for one what you wish you could do for everyone.

Who is Andy Stanley?

Andy Stanley is the founder and senior pastor of the church.

Andy Stanley was born on May 16, 1958, in Atlanta, Georgia, the United States to Charles Stanley (father), and Anna J. Stanley (mother).

His dad is also a senior pastor. Andy grew up with his family in Georgia and has Caucasian ancestry.

Andy completed his graduation in journalism from Georgia State University. Later, he enrolled at Dallas Theological Seminary and gained his master’s degree.

Andy began his career as an assistant Pastor and Minister to Students at First Baptist Atlanta.

After working there for a few years, Andy along with his other friends formed North Point Community Church in 1995.

It is also one of the biggest churches in the United States, which has established six campuses to date.

Currently, North Point Community Church has been also assisting to form other churches. Furthermore, Andy was listed among the 10th most influential living preachers.

In addition, he was named to be the fourth speaker at the National Prayer Service.

Moreover, he is also the speaker at Willow Creek Association’s Global Leadership Summit.

Andy penned books such as The New Rules For Love, Sex & Dating, Deep & Wide, Next Generation Leader, and much more.

Back in 2016, Andy was dragged into a controversy after he commented about small churches in a sermon. In the sermon, he said, When I hear adults say,

“Well I don’t like a big church, I like about 200, I want to be able to know everybody,” I say, “You are so stinking selfish. You care nothing about the next generation.

All you care about is you and your five friends. You don’t care about your kids [or] anybody else’s kids”.

“The negative reaction to the clip from last weekend’s message is entirely justified. Heck, even I was offended by what I said! I apologize.”

Andy has golden hair with light brown eyes. He is 5 feet 5 inches tall and weighs 77 kg.

Is Andy Stanley related to Charles?

New York Times best-selling author and The founder of In Touch Ministries, Charles F. Stanley has great faith on god As prayer was only his faith after his divorce