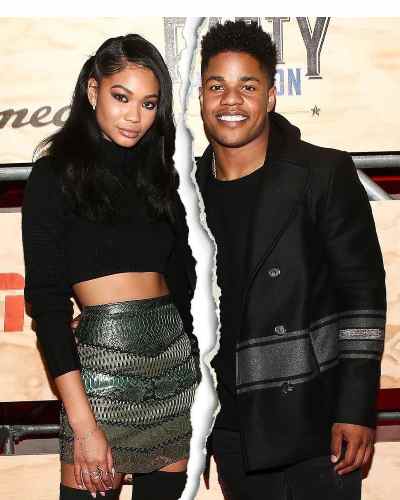 Chanel Iman and her husband Sterling Shepard have decided to split.

Update: Chanel is presently having an affair with Davon Godchaux.

After four years of marriage, the couple parted ways citing irreconcilable differences. According to their divorced documents, the couple was having issues at least six months prior to filing the complaint.

The paperwork was filed in June 2021 where Sterling asked for joint legal custody of their daughters and asked for his home to be the “Parent of Primary Residence”.

However, the duo later agreed to share joint legal custody of the kids. Their divorced news was officially announced on 5 January 2022.

On 15 February 2022, they were setting their early settlement Program and a case management conference on February 23, 2022.

Chanel and Sterling first met at Victor Cruz’s 30th birthday party in 2016. Their relationship was officially confirmed in 2017 when they got engaged on 2 December 2017. Sterling announced their engagement via IG post.

“Can’t wait to spend the rest of my life with you. You are my soulmate, my best friend, my everything! Can’t wait to be your Mrs,”

Shortly after the couple walk down the aisle on March 3, 2018, at the Beverly Hills Hotel. In May, the spouses shared that they were expecting their first child and welcomed their first daughter named Cali Clay Shepard on the 12th of August 2018.

Similarly, they were blessed with their second daughter named Cassie Snow on 17 December 2019.

Chanel was previously tie-up with several famous personalities. In April 2013, she began dating rapper ASAP Rocky, however, after eighteen months of a relationship, they ended their relationship on October 27, 2014.

Sterling Shepard is an American football wide receiver for the New York Giants of the National Football League (NFL). He was born on 10 February 1993, in Oklahoma City, Oklahoma. Shepard was drafter 40th overall by the Giants in the second round of the 2016 NFL Draft.

What is the Net Worth of Sterling and Chanel?

The football player, Sterling’s salary per annum is estimated to have almost $2 million. Further, his net worth is around $11 million.

Similarly, his divorced wife has an estimated net worth of around $8 million as of 2022. 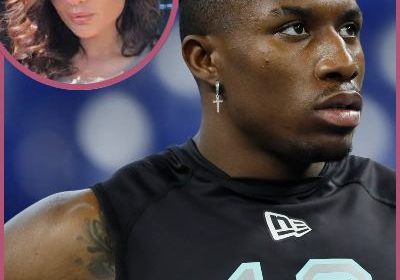