Angel Haze is a rapper and singer who sang "New York" and "Werkin' Girls."

Angel Haze identifies herself as pansexual. In an interview about her sexuality, she stated “If you call me ‘him’ or ‘her’ it doesn’t matter to me. I don’t consider myself of any sex. I consider myself an experience.”

Talking about her love life, there is no any record of her marriage and divorce till now. She has not clarified about her married life, affair, boyfriend, and spouse till the present time. She is currently focusing on her work and it seems like she doesn’t have time for love affairs. According to the records, she is possibly single at the present time. 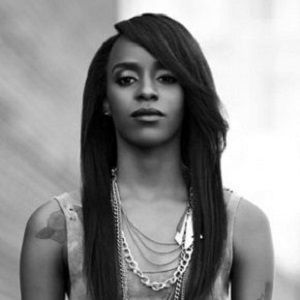 Being honest with the public is how they respect you

Who is Angel Haze?

Angel Haze is an American rapper and singer. Her real name is Raykeea Wilson. She is best known for her singles “New York” and “Werkin’ Girls.” She released her debut album Dirty Gold in 2013. She has also reworked the songs of others, like Beyonce’s track “Drunk in Love.”

Haze on July 10, 1991, in Detroit, Michigan, USA. She is an American by nationality and is of African-American and Cherokee Native American ethnicity.

Angel was born Raykeea Wilson. She belongs to a military family. She was raised by parents with African and Native American backgrounds. There is no further information about her parents. She lived in a small Greater Apostolic Faith community in Detroit before moving to Brooklyn at the age of 16.

Angel has been an active member in the industry since 2009. From 2009 to 2012, Haze put out a number of mixtapes for free download on the Internet including; New Moon, Altered Ego, King, and Voice. In July 2012, Haze released the free mixtape, Reservation to critical acclaim receiving an 88/100 score from Metacritic.

Angel Haze: Salary and Net Worth

She has accumulated a net worth of $500,000. But there is no information regarding her salary.

Haze has been a part of controversy for being a Bully several times. She has been criticized for her bad behaviors with her fans and the recording companies. Currently, there are no desperate rumors regarding her personal and professional life.

Angel Haze has a height of 5 feet 5.5 inches. Her body weighs 50kg. She has black hair and brown eyes. Besides these, there is no information about her body measurement.