Angela Babicz is an American reality TV personality and actress. There are no records of Angela Babicz’s past and present relationship

There are no records of Angela Babicz’s past and present relationship. Currently, she is believed to be single. Additionally, she does not have children from any of her relationships. 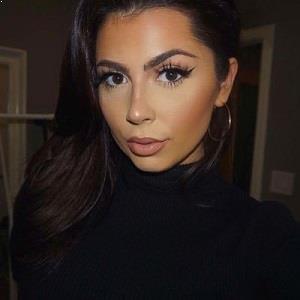 Who is Angela Babicz?

Angela Babicz is an American reality TV personality and actress. She appeared in the 15th season of hit reality series ‘Bad Girls Club’.

Babicz was born in Clifton on October 17, 1990. Most of the information about her early life and childhood is not available at present.  She is of American nationality.

Furthermore, there are no details regarding her educational background. She has a sister Kristin Babicz who is also a television personality. Her parents divorced and she lived with their mother while Kristina moved in with their father.

Angela Babicz rose to fame after she appeared in the season 15 of Oxygen’s hit reality series ‘Bad Girls Club’. Additionally, she also earned a spot on MTV’s ‘Ex on the Beach’ in 2018. She is also popular on Instagram and has over 230k followers.

Babicz has not revealed her current salary. Additionally, there are no details available about her estimated net worth.

Babicz’s appearance in the show ‘Bad Girls Club’ was part of several controversies. She was involved in several fights in the show and she had a number of ‘enemies’ on the show.

Furthermore, the show was also sued in 2016. At present, there are no rumors concerning her life and career.

Babicz is active over social media. She has a huge number of followers on social networking sites such as Instagram and Twitter. She has more than 86.1k followers on Twitter.