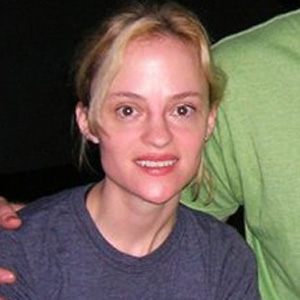 I don't know if I feel a responsibility to encourage women, I just do! Yes, I think all of us chicks should be inspired and create! In whatever way that inspiration comes, we should shine! Honestly, I feel the same way about men.

I learned a lot about 3D animation from and with my dear friend Michael Hemschoot of Workerstudio. Taught me that I want to play more with animation and image manipulation. Fun stuff!

I really don't feel like I'm in any kind of contest. Except, maybe, with myself. Just want to learn and create and grow. Get better all the time with these filmmaking tools. I don't expect perfection from myself. Just progress.

Angela Bettis is currently single. She was previously married to Kevin Ford in 2001. Kevin is a Cinematographer and he is best known for his work in the films like ‘Stone Barn Castle’, People Are Dead’, and many more.

But, this couple could not hold the relationship and end with divorce. The couple also did not welcome any child during their relationship period.

Who is Angela Bettis?

Angela Bettis is an American actress, film producer, and director. She is popular for her lead roles in the television adaptation of the Stephen King novel ‘Carrie’. She is also well recognized for her performances in  ‘May’ 2002 and ‘Girl, Interrupted’.

She was born on January 9, 1973, in Austin, Texas, USA. Her birth name is Angela Marie Bettis and she is currently 46 years old. Her father’s name is Richard Joseph Bettis and her mother’s name is Mary Lynn Guthrie. She has got a twin brother named Joesph ‘Joe’ Edward Bettis.

Angela holds American citizenship but her ethnicity is unknown.

She debuted her career from the romantic tragedy ‘Sparrow’ at the age of 18. After that, she appeared in the film ‘The Last Best Sunday’ and appeared as Winona Ryder in ‘Girl, Interrupted’ and as Kim Basinger in ‘Bless the Child’.

Angela Bettis has portrayed the role of Abigail in ‘The Crucible’ in 2002 alongside Laura Linney and Liam Neeson. She is also most famous for her working relationship with writer/director Lucky McKee. Then, she appeared in ‘Masters of Horror’ and provided her voice in ‘The Woods’.

She was awarded Chainsaw Award in the category Best Actress for ‘May’ in 2004, won Gold Hugo Award for After Dark Competition for ‘The ABCs of Death’ in 2012, won Silver Raven Award for ‘May’ in 2003 and nominated several times in her career.

She must have earned a decent amount of money from her career but she has not revealed her income and salary. Talking about the net worth, she has around $3 million.

She has maintained her celebrity status and has not been engaged in any types of rumors and controversies in her career.

Angela Bettis has a height of 5 ft. 3 inches and weighs  50 kg. Angela has light brown eyes and blonde hair. Her body measurement is 33-24-34 inches and wears a bra size of 33A.