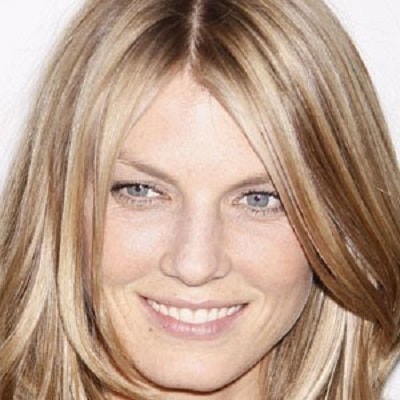 I always set myself huge goals each year, and I'm pretty good at manifesting them, which ends up meaning I take a lot on my plate.

I'm focusing on cultivating my land. I have vegetables and fruit trees

I want to get some chickens and solar and really get off the grid and focus on just, really, being a mother.

I signed up with Kundalini yoga teacher training, which has been shifting me in some really beautiful ways.

Angela Lindvall is currently in a relationship. She has been dating Mark Wystrach since 2009. They have been spotted many times together.

Previously, she was married to William Edwards in 2002. The couple welcomed a son named William Dakota Edwards in  February 2002 and another son named Sebastian in late May 2005. However, the couple could not hold the relationship and end with divorce in 2006.

Before her marriage with William, she was in a relationship with Giuseppe Cipriani and Billy Zane.

Who is Angela Lindvall?

Angela Lindvall is a famous American model and actress who has worked for almost every fashion brand since 1997. She is considered as one of the most accomplished and influential supermodels of all time.

She was raised in Lee’s Summit, Missouri. She grew up 3 inches from the age of 13 to 14 and her friend suggested her to try modeling. Also, she has a sister named Michelle and she was also a model who was killed in a bicycle accident on 2 August 2006 while visiting their family in Missouri.

Anglea holds American citizenship but her ethnicity is Swedish.

While IMG was scouting for Model, they found Angela and immediately approached her to sign the contract with IMG at the age of 14.

She soon began her professional career after she signed her first contract with IMG in 1993. She has been featured in so many cover magazines such as Vogue, Ell, Marie Claire, Numero, Vogue, I-D and W.

Angela left IMG in 2010 and signed with another modeling agency named Women Management. She also has worked as the face of others like Valentino, Prada, Fendi and much more. She has worked as an actress in several films which includes ‘CQ’ in 2001, ‘Kiss Kiss Bang Bang’, ‘Somewhere’, ‘Hawaii Five-0’ in 2005. In addition, she also hosted the fashion reality series called ‘Project Runway’.

It seems Angela has not been awarded and nominated for her work till date. Hope, she will win in the future.

There is a rumor that she is getting closer with her ex-husband after divorce and The talebearer confirmed the rumors positively.