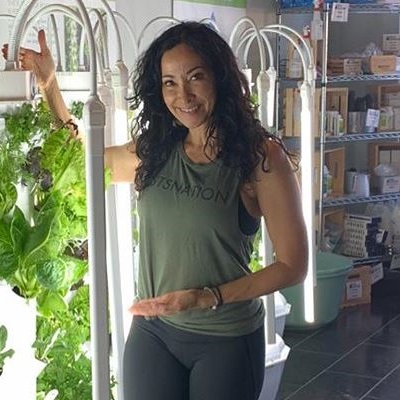 Previously, in 2006, she was in a relationship with Larry Darnell Fitzgerald. Larry is an American professional Football player for the Arizona Cardinals of the National Football League (NFL).

Angela and Larry have a son Devin Nazario Fitzgerald. However, their relationship didn’t last for long and eventually separated in around 2008.

Before that, in 1999, she was in a relationship with Michael Joseph Piazza. Mike is a former professional Baseball player who played 16 seasons in Major League Baseball (MLB). In 2000, they parted ways.

Who is Angela Nazario?

Angela Nazario was born on 18th September 1970, in Flagstaff, Arizona, US.

She was a former cheerleader from the team Oakland Raiderette.

Life as a football player’s partner

Angela and Larry started dating in 2006 and share a son together. Along with her son, she currently resides in Phoenix, Arizona, US.

Their son, Devin Nazario Fitzgerald is a snowboarding enthusiast. Angela spends most of her time with her son, she takes him to snowboard during the skiing seasons.

Larry also spends a good amount of time with his son as well.

Angela is a brunette with brown eyes.