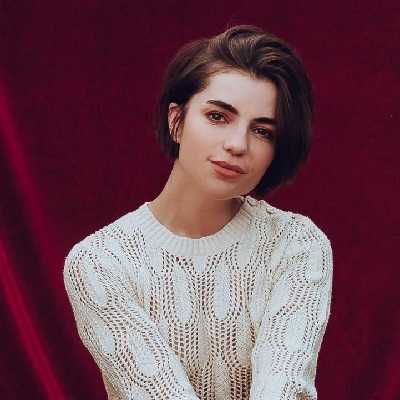 A multi-talented personality, Angela Trimbur is probably single at the present and she is not dating anyone at the moment. It seems that she is presently focused on her career.

Previously, she had love affairs with Frank Howard. Frank is known for the Real World: Las Vegas.

However, Angela has not mentioned her relationship details and kept her profile low-key.

Who is Angela Trimbur?

Angela Denise Trimbur, popularly known as Angela Trimbur is a well-recognized American actress, writer, dancer, and choreographer. Trimbur is popular for her being Harley David in Halloween II and the voice of Penny Whitewall in Major Lazer.

Angela Trimbur was born on 19 July 1981. At present, her age is 39 years old. Likewise, her birthplace is Bucks County, Pennsylvania, the USA.

Not much known about her father and mother details, Angela has been secretive about her parent’s details. Moreover, it is known that she has a sister. Her grandparents are Norman R. Trimbur, Elaine H. Raslavsky, Robert Arthur Garvin, and Carolyn Patricia Porretta.

Talking about her nationality, Trimbur holds an American identity whereas her ethnicity is Caucasian.

The famous actress, Angela learned her early schooling from home. Later, she took her graduation degree from Neshaminy High School in 1999. She developed a Jehovah’s Witness but she has mentioned that Trimbur has no longer practices the religion.

The prominent actress, Angela Trimbur was a participant on the thirteenth season of MTV’s Road Rules: X-Treme before she entered into an acting career. Also, she was part of the Real World/ Road Rules Challenge: Battle of the Sexes 2.

Angela started her acting profession lessons in scene study at Sanford Meisner’s Playhouse West, and improv at the Upright Citizens Brigade Theatre in Los Angeles. Moreover, she has featured as a guest in episodes of The Good Place, Drunk History, Workaholics, Californication, Anger Management, and CSI: Cyber.

In the year 2009, Angela performed the role of Harley David in the slasher horror Halloween II. Next year, Trimbur played the assisting role of Sassy in the 2010 comedy film Freak Dance. Moreover, she made a debut on an autobiographical show at the Lose Angeles Upright Citizens Brigade Theater on her younghood named Trapped: Life As A Homeschooled Jehovah’s Witness.

Going on, the actress featured in the 2011 drama film The Future and the 2013 comedy-drama The Kings of Summer. Angela achieved high praise for her evenly assisting role of Tina in the horror-comedy The Final Girls in 2015.

Freshly, she and Blasucci have emerged in the 2016 documentary film The Pistol Shrimps.

Highly famed actress, Angela Trimbur has earned handsome money from her multiple profession working as an actress, comedian, dancer, writer, and choreographer. She has been active in her profession from 2003 till now.

It is reported that Angela Trimbur has an estimated net worth of $1.7 million.

Angela has never been part of any controversial matter or rumors till now. She has maintained a balance between her personal life and professional life as well.

It seems that Trimbur prefers enjoying her personal life and does not want to merge it with her professional life.

39 years old actress, Angela has beautiful looks as well as a charming personality. She stands at a height of 5 feet 4 inches. Also, she has a balanced bodyweight of 52 kg.

Also, Trimbur has black eyes whereas her hair is black.

Nevertheless, the multi-talented personality has never mentioned other physical details in the public yet.

About her social media presence, Angela Trimbur is an active personality on social media. Angela has more than 78.1k followers on her official Instagram account @angelatrimbur.

She is also active on Twitter with around 16.2k followers. She owns a YouTube channel as well named angela and it has more than 51.9k subscribers.

Having said this, Trimbur is not available on Facebook.