Won the Hundred Flowers Award for Best Supporting Actress for her role in the blockbuster film Mojin: The Lost Legend in 2016.

Until February 2014, Angela had been dating Chinese actor Huang Xiaoming, who is 11 years her senior, for six years, but their relationship was not revealed to the public.

On 27 May 2015, they obtained their marriage certificate in Qingdao, China, and on 8 October 2015. their wedding banquet took place in Shanghai.

Huang and Angela announced her pregnancy in October 2016. She gave birth to their son on 17 January 2017 at the Hong Kong Adventist Hospital in Stubbs Road, Happy Valley, Hong Kong, and nicknamed Little Sponge. 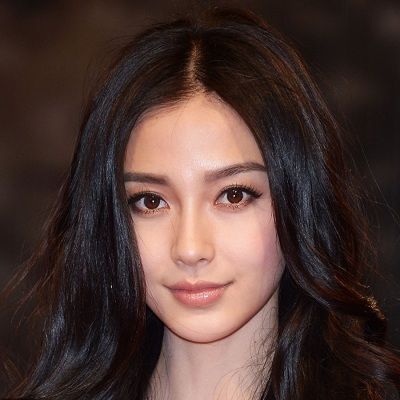 She is a model, actress, and singer based in Hong Kong. Her stage name came from the sequence of her English name “Angela” and her nickname “Baby”. Angelababy was chosen by Southern Metropolis Daily as one of the New Four Dan Actresses in 2013.

She won the Hundred Flowers Award for Best Supporting Actress for her role in the blockbuster film Mojin: The Lost Legend in 2016.

Angela is 30 years old. She was born on 28 February 1989 in Shanghai, China. Angela’s mother’s name is Rowena Tung. Her father is from Hong Kong, who is half German and half Chinese descent.

Her father runs a fashion business in Shanghai. Keven Yang Fan is her younger brother. She belongs to Chinese nationality and her ethnicity is Han and German ancestry on her father’s side.

Angela attended Notre Dame College in Hong Kong. She later studied at the Canossian Sacred college. There is no more information about her Education, School/College University.

In 2007, Angela debuted as an actress in the movie Trivial Matters, where she had a 5-minute cameo appearance in the film. She then starred in numerous films in encouraging roles, as well as showing in music videos. In 2011, she had her first leading role in the film Love You You alongside Eddie Peng.

she starred alongside Mark Chao in the romance film First Time, a remake of the 2003 Korean film in 2012. Angelababy starred in Tsui Hark’s crime action film Young Detective Dee: Rise of the Sea Dragon, playing a beautiful courtesan in 2013.

Angela joined the cast of Keep Running, a spin-off from the South Korean variety program Running Man in 2014. In 2015, she made her Hollywood film debut in Hitman: Agent 47 with a minor role. She then starred in Mojin: The Lost Legend, based on the popular tomb raiding novel series Ghost Blows Out the Light.

In 2016, Angelababy played a major supporting role in the Hollywood science fiction film Independence Day: Resurgence. Angela starred alongside Wallace Chung in the historical drama General and I in 2017. She starred in the modern workplace drama Entrepreneurial Age alongside Huang Xuan in 2018. Angela starred in the modern drama My True Friend as a property agent in 2019.

Angela has a net worth of $40 million dollars. On July 3, Angelababy, who ranks No. 8 on the new Forbes China Celebrity List, attended ‘Christian Dior, couturier du reve’ exhibition launch celebrating 70 years of creation at Musee Des Arts Decoratifs in Paris. There is no more information about net worth, salary, and income.

The rumors about Angelababy’s plastic surgery have been so much that she has tried several ways to blame them.