Angelica Nwandu is an entrepreneur. She is possibly single. 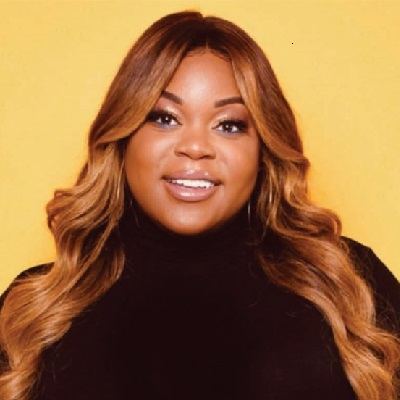 What is the relationship of Angelica Nwandu?

Angelica Nwandu’s current relationship status is possibly single. To date, she has not introduced anybody as her lover or boyfriend.

Who is Angelica Nwandu?

Angelica Nwandu is an entrepreneur. Nwandu is renowned as the founder and CEO of the Instagram-based media company, The Shade Room.

Angelica Nwandu was born in 1989 in Los Angeles, the United States to Nigerian parents. She is of All-American ethnicity with Nigerian heritage.

Her parents migrated from the Nigeria to States. While growing up, she had a very rough childhood. At the age of 6, she lost her mother at the hands of his father. As her mother was in a very abusive marriage.

After the incident, she ended up joining the foster care environment. Eventually, she was associated with the foster care program for youth, Peace4Kids. Due to the past trauma she faced, she started developing angry issues due to which she got involved in various fights in school. However, the program helped her to deal with the issues of the past.

At the time, her mentor, Zaid Gayle inspired her to pursue writing as her career. The inspiration led her to the various poetry program. Such events became the way to ease her pain of the past. Overcoming all past trauma, she started doing good in her studies.

After completing High School, she joined Loyola Marymount University to study accounts. Later, she graduated from the university with a GPA score of 2.8.

During her university days, a fellow student sold his script for million of dollars. The event really inspired her to pursue writing as her career. Nevertheless, her university friends always advised her to pay attention to accounting.

She started her career in the field of accounting. However, she always wanted to become a writer. That led her to work write a script for the actress, Jordana Spiro. Her script was accepted by Sundance Labs. Through this she got a chance to work with mentors like Quentin Tarantino. That led to the movie, Night Comes On that received the NEXT Innovator Award.

At the time, she left her previous job. Struggling with financial issues, she began writing celebrity articles news, and popular culture. However, she didn’t have the finance required to set up the website that she wanted. Hence, she started an Instagram Page where she used to post Instagram Stories that eventually turned into The Shade Room.

Currently, the Instagram Page of The Shade Room has 21.6 million followers and has become the 3rd most engaged page on Instagram. For her revolutionary celebrity gossip, she was named as the 30 under 30 in 2016 by Forbes. A year before that, TechCrunch named him as 18 Female Founders Who Killed It.

As of now, she has not disclosed her net worth yet. However, some online sources claim her worth of her media company, The Shade Room to be around $25 million.

She has brown eyes with brunette hair. She has a decent height and an average weight. Details on her body stats are not available.