Angelica Ross is an American actress and a businesswoman. She is currently single.

Angelica Ross is a transgender female and is currently living her single life. Ross was in an affair with her longtime boyfriend and got engaged to be married. She was looking forward to starting a new life with her soon to be husband.

But their engagement ended as her fiancé did not want others to know that Ross was transgender. 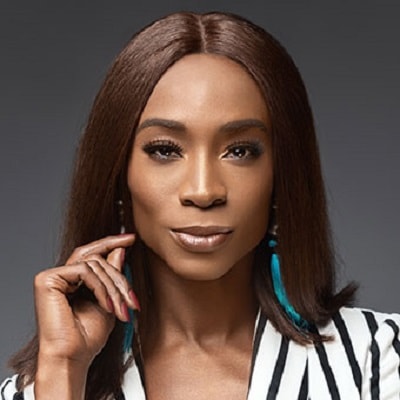 We have to learn to be allies to each other. We are in a deficit of financial and social capital, and TransTech aims to help trans people reverse that.

Being trans comes at a high cost, but being black and trans can cost you your life.

Having a skill makes you undeniable.

Who is Angelica Ross?

Angelica Ross is an American actress and a businesswoman. She is also a transgender rights advocate, founder, and CEO of TransTech Social Enterprises and a star of web series ‘Her Story’ and FX series ‘Pose’.

She was born on November 28, 1980, in Kenosha, Wisconsin. She was raised in Racine, Wisconsin. Angelica was born a male by gender and was given a male birth name by her mother and father.

She used to sing in a church choir, played piano and acted in a local theatre while growing up. But she was bullied for being “too feminine” by eighth grade.

In 1998, at the age of 17, she came out as gay to her parents. She was very lost, confused and lonely and also tried to take her own life and swallowed a handful of pills. However, she survived the suicide attempt.

She was harassed and was coerced into saying she was gay while being stationed in Yokosuka, Kanagawa, Japan.

She met a drag queen called Traci Ross when she moved to Los Angeles, who helped her begin her gender transition. Unfortunately, when her parents came to known about her transitioning, Angelica Ross was thrown out.

Angelica holds American citizenship but her ethnicity is unknown.

She graduated from high school at the age of 17 and then enrolled at University of Wisconsin but dropped out after only a semester. Later, she studied Cosmetology, Hair & Makeup from Hollywood Institute of Beauty.

She moved with her biological father in Roanoke, Virginia and worked as a waitress but was let go due to discrimination. After that, she went to Hollywood, Florida where she worked as an escort until 2003. At the same time, she learned to code by herself, earned her diploma in Cosmetology, Hair & Makeup, and took acting classes.

After that, Angelica Ross started a web development and graphic design business. Then, she moved to Chicago to become the employment coordinator for the Trans Life Center. In 2014 she launched TransTech Social Enterprises, a nonprofit creative design firm trains, and contracts transgender and other workers.

As of 2022, she has an estimated net worth of around $1 million and she has earned that sum of money from her professional career. However, her salary and income are under review. According to some online source, an average employee at TransTech earns an average salary of $103,830 and she might be earning that much as her salary.

Angelica has been successful in keeping herself far from rumors and controversies in her personal and professional life.

Angelica Ross has a height of 5 ft. 6 inches and has dark brown eyes and black hair. Her body measurement is 34-26-34 inches and her bra size is 34B.