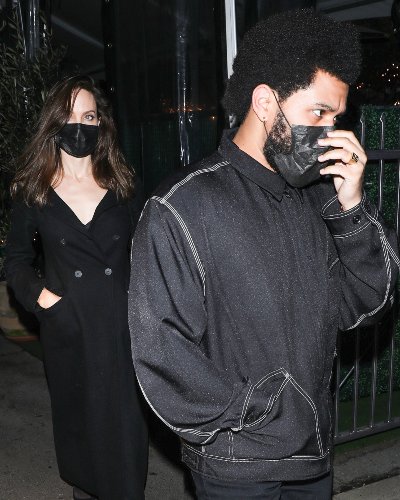 Angelina Jolie and The Weeknd can’t stop having dinner together! The duo was spotted on their second dinner date at the Italian restaurant Giorgio Baldi. They spent around two-and-a-half hours dining together and were photographed while leaving the restaurant.

Even though they had dinner together, they arrived at the restaurant separately. They took a car to his Bel-Air home. Back in June 2021, they were spotted having their first dinner at the same restaurant. It was said that they bonded over their connection to Ethiopia.

Though they have been spotted having dinner twice none of them confirmed a relationship. They might be just friends at present and like spending time together. Also, Jolie and The Weeknd were not hiding from the cameras and they are not working on the same project either. Fans are bursting with excitement to find out what exactly is going on between the two.

Also read Are Angelina Jolie And The Weeknd Potential Couple? Their Dinner Dates!

Angelina is an American actress, filmmaker, and humanitarian. She is famous for playing the title role in the Lara Croft blockbuster movies, as well as Wanted (2008), Salt (2010), and Maleficent (2014). Likewise, she is mainly popular as an award-winning actress and UN Goodwill Ambassador. Read more bio…