Angelo Badalamenti is a music composer who gave music in several screen projects. 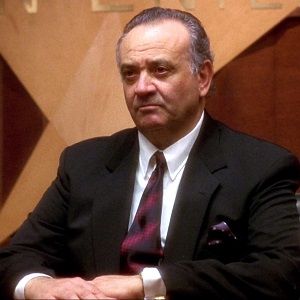 Angelo Badalamenti is married as of now. He is wedded to a beautiful woman named Lonny. There is no detailed information about Lonny currently. The lovely couple exchanged the wedding vows in 1968. The precise date and place of the wedding ceremony are not known.

Since then they are living together sharing love and joy between each other. Until now, there is no news fueling their divorce or conflict. Together, they have two children. One of them is a son named, Andre. The other child is a daughter named, Danielle. Currently, they live happily in their old age.

Who is Angelo Badalamenti?

Notably, his praised works are form films, “Blue Velvet,” “Twin Peaks,” “Mulholland Drive,” and others. His genres of music are jazz and ambient. Additionally, he is also a music director, orchestrator, music producer, and lyricist.

Angelo Badalamenti was born in Brooklyn in the state of New York. His birth date is March 22, 1937. During his childhood, music always fascinated him. His father was a fisherman. From his father’s side, he has Italian descent.

At the age of eight, he began playing the piano. Although he was born in Brooklyn, he grew up in New Jersey. By his teenage period, he was already working during the summer as a pianist. To learn music, he went to Eastman School of Music in Rochester, NY. From there, he completed his B.A degree. Afterward, he joined the Manhattan School of Music.

Later in 1960, he graduated with an M.A degree in Piano, French horn, and composition.

Angelo Badalamenti started his career as a pianist during his teenage days. Discussing his career as a film scorer, he began it in 1973. The name of the film is “Gordon’s War” released in 1973. Afterward, he composed music for film, “Law and Disorder” in 1974 and TV show, “Special Treat” in 1977.

Then, he worked with the director, David Lynch for film, “Blue Velvet” in 1986. His work was appraised by all. This got him to fame. After that, he worked with several other directors like Chuck Russell, Norman Mailer, Jeremiah Chechik, and others.

Again in 1990 and 1992, he worked with David Lynch for the second and third time. Angelo Badalamenti made music for TV series, “Twin Peaks” in 1990 and 1992 for its sequel. These are some of his notable works. Additionally, with David, he worked as a film composer in the neo-noir mystery film, “Mulholland Drive” in 2001.

Overall, he is known for working with David Lynch. Altogether, he and David worked for around seven projects. Some of his other works are in “Secretary,” “Resistance,” “Dark Water,” “The Wicker Man,” and others.  For his work in “Twin Peaks,” Angelo Badalamenti won Grammy Award for Best Pop Instrumental Performance in 1990.

Furthermore, he also produced music for advertisements or commercials like for Opium and Obsession perfume.

He must be earning a lot of money as a salary from his profession. But presently, details about his salary and net worth are not available.

Angelo Badalamenti is a famous person in the industry. He never gets in between the controversial stuff. Angelo maintains his distance from any hot topics. Subsequently, he is free of any rumors or any controversies.