The American actress Angie Dickinson is known for appearing in many anthology series during the 1950s. Angie Dickson married a former football star Gene Dickinson and adopted his surname.

Angie Dickson married a former football star Gene Dickinson and adopted his surname. However, their relationship did not last as they divorced after eight years of living together from 1952 to 1960.

Later she married Burk Bacharach in the year 1965 and was blessed with a daughter Lea Nikki in the year 1966. But this marriage also lasted for only 15 years they separated on 12th September 1976. Her daughter Nikki was prematurely born and committed suicide in Ventura at the age of 40.

Other than that she has dated Dean Martin, Frank Sinatra, and President John F Kennedy whom she denied that she was in a relationship with. In the year 1990, she also dated the TV interviewer, Larry King. 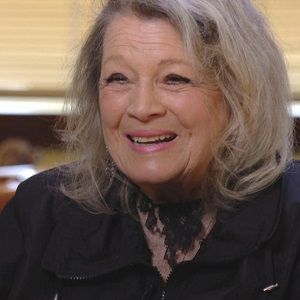 My mother was against me being an actress - until I introduced her to Frank Sinatra.

I dress for women, and undress for men.

I'm not a feminist: I'm for women, but I'm not against men.

Who is Angie Dickinson?

The American actress Angie Dickinson is known for appearing in many anthology series during the 1950s. Similarly, she has received the Golden Globe Award for Best Actress – Television Series Drama and three Primetime Emmy Award for Outstanding Lead Actress in a drama series nominations.

She was born on 30th September 1931 in Kulm, North Dakota, the U.S. her birth name was Angeline Brown. Similarly, she was the daughter of Fredericka (née Hehr) and Leo Henry Brown. Her father Leo Henry was a small-town newspaper publisher and editor, working on the Kulm Messenger and the Edgeley Mail.

Likewise, she has three siblings two of whom are sisters Mary Lou Belmont and Janet Lee Brown. When she was 10 years old her family moved to Burbank California. Her nationality is American and she belongs to German descent.

Talking about his education, she studied at Immaculate Heart College, Los Angeles. Similarly, she attended Glendale Community College becoming a business graduate by 1954.

She began her career on TV by appearing in many anthology series during the 1950s. Her breakthrough role was in Gun the Man Down with James Arness and the Western film Rio Bravo. Similarly, in her six-decade career, she has appeared in more than 50 films.

Likewise, those movies were China Gate, Ocean’s 11, The Sins of Rachel Cade, Jessica, and others. Some more of her movies were Captain Newman, M.D., The Killers, The Art of Love, The Chase, and many others. From the year 1974 to 1978, she starred as Sergeant Leann Pepper Anderson in the NBC crime series Police Woman.

Likewise, she was awarded as Best Actress for Dressed to Kill in the year 1980. Furthermore, she received a star on the Hollywood Walk of Fame for her contribution to television.

The estimated net worth of Angie is around $30 million as of 2022. She earned a huge amount of money from her career but she has not revealed her income and salary.

Angie Dickinson likes to keep her life away from the media. She has not been to any big rumors and controversy yet.

Talking about her body measurements, she has a height of 5 feet 5 inches and a weight of around 52 kg. Similarly, she has blonde hair color and light brown eyes.