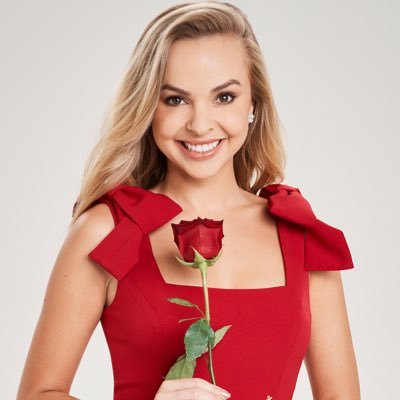 Angie shared with an NSW radio station in April that she’s been single since she was 21 years old.

She was romantically linked with celebrities like Robert Verschuer, Justin Lacko and Yvie Jones.

Who is Angie Kent?

She gained public recognition as a panelist on the TV series Gogglebox in 2015.

Kent has been in the headlines after she has been confirmed as Australian’s new Bachelorette in 2019.

Angie Kent was born on February 6, 1990, in Sunshine Coast, Australia. She is an Aquarius.

She has two brothers, Josh and Bradley Kent.

She has a Bachelor’s degree in Creative Industries. She has taken admission at Queensland Institute of Technology.

Angie had been in reality shows like ‘Gogglebox’ and ‘I’m a Celebrity… Get Me out of Here!’.

She is also an experienced event organizer who organizes events for celebrities.

Angie battled “dreadful eating disorder” for a decade battle when she was a teenager. This led to her undiagnosed anxiety and she was excessively taking drugs and alcohol.

However, she came out of it and advice to not change for others to those who are going through a similar situation.

There was a rumor with Justin Lacko on the famous show I’m A Celebrity… Get Me Out Of Here!

Angie Kent and Yvie Jones talk about bulimia which had plagued them when they were young!