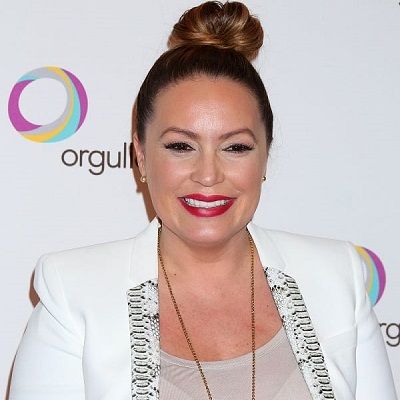 Angie Martinez is engaged to her partner. However, she has not disclosed her partner’s name. She was engaged around February 2016.

Back in 1998, she was dating rapper Q-Tip. But their relationship ended soon after and they remained good friends. She also dated rapper Tamir Ruffin. She was pregnant with his child in early 2003.

On 12th June 2003, she welcomed her son Niko Ruffin. Angie shares pictures of her son on Instagram.

Who is Angie Martinez?

Angie Martinez is an American radio personality also known for being rapper and actress of Puerto Rican, Cuban and Dominican heritage.

Her afternoon talk show The Voice of New York has been ranked #1 with more young listeners than any other radio program in the country.

She starred in the 2019 TV series Empire as Angie Martinez.

Angie Martinez was born as Angela “Angie” Martinez on 9th January 1971 in Brooklyn, New York City, US. She is the daughter of Cuban and Dominican mother Shirley Maldonado. Similarly, her father is Puerto Rican.

Martinez got her big break in radio at the age of 16. She met a popular DJ Funkmaster Flex and began working as his protege. She quickly picked up on the craft of running a successful radio program.

Angie has acted in numerous films and series. In 1991, she acted in Maverick… Lluvia de sangre. After that, she appeared in The 24 Hour Woman, Blazin’, Paper Soldiers, Paid in Full, Crime Partners and others.

Her other roles include in State Property: Blood on the Streets, Scarface: The World Is Yours, Red Apples Falling, Saving Melaine and others. In 2018, she played Will Call Agent in The After Party. Her recent role is as Angie Martinez in Empire.

There were rumors that Angie had a fight with Kanye West over differences. They had differences over expensive stage sets and Jay-Z cleared up the rumors.

Other than that, she has not been part of any big rumors and controversy.

Angie has brown hair and eyes. She is 5 feet tall and weighs around 59 kg.