Angus T. Jones is an actor featured on the TV series Two and a Half Men.

Angus T. Jones is currently in a relationship. He is dating his longtime girlfriend Stalker Sarah since 2012. Sarah has a Youtube channel with thousands of followers. She posts fun videos with high-profile celebrities including Justin Bieber.

She also did a vlog with Angus posted on 29th November 2015. 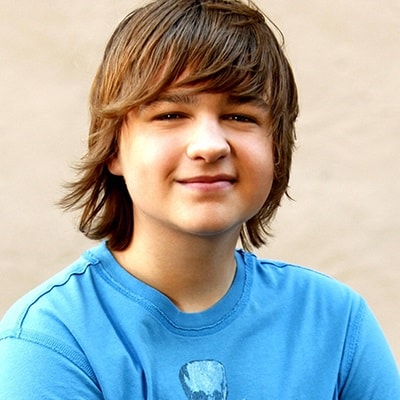 Who is Angus T. Jones?

Angus T. Jones is an American actor. He is well recognized for his role as Jake Harper in the hit series ‘Two and a Half Men’ and ‘The Rookie’.

However, later he quit acting and decided that acting was not actually what he wanted to do in life.

His father’s name is Carey Lynn Claypool and his mother’s name is Kelly Charles. Also, he has a younger brother named Otto Jones.

Angus holds American citizenship but his ethnicity is a mix of ‎English, Scottish, German, and Welsh.

He joined the University of Colorado Boulder for graduation. His major was Environmental Studies but at the end of his first year of study, he changed his main subject to Judaism studies.

Angus T. Jones debuted his on-screen in the 1999 film ‘Simpatico’ and was featured in several movies, including ‘See Spot Run,’ ‘The Rookie,’ and ‘Bringing Down the House’ from 2001 to 2003.

Later, Angus T. Jones portrayed one of the main characters, Jake Harper-the young and impressionable son of Jon Cryer’s in the hit television sitcom ‘Two and a Half Men.’ In November 2012, he revealed that he had been baptized and no longer wanted to feature in the series and officially announced his exit from the show on March 18, 2014.

However, Angus returned in a cameo for the series finale in Season 12, ‘Of Course, He’s Dead’ which was aired on February 19, 2015.

He has an estimated net worth of around $20 million and he has earned that sum of money from his professional career.

There was a rumor that he was departing from the show ‘Two and a Half Men’ and the rumor ended after he officially left the show on March 18, 2014.

After that, he disappeared from the public eyes and was seen after years in October 2020. he looked totally different lately because of his shaggy beard and long hair.

Angus T. Jones has a height of 5 ft. 7 inches and weighs 67 kg. He has blue eyes and light brown hair. But, other information about his shoe size, dress size, etc. is not available.

Indio Falconer Downey
Tags : American Actor The Rookie Two and a Half Men