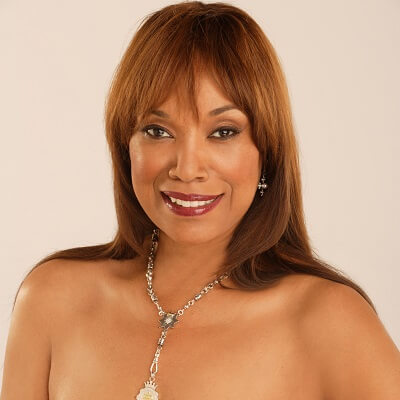 Anita Pointer currently seems to be single. She has previously been married twice.

Her first marriage was with a man named David Harper. The couple exchanged wedding vows on 11 December, 1965. Anita was just 17 years old at that time.

After a year, Anita gave birth to her first and only child named Jada Pointer. Unfortunately, in 2003, at the age of 37, her daughter passed away. She got divorced from her first husband just a year after their marriage.

Her second marriage was with Richard Gonzalez. They exchanged wedding vows on 25 October, 1981. However, she became a widow in 1999 after his death.

Who is Anita Pointer?

Anita Pointer is an American R&B/soul singer-songwriter. She is famous as the founding member of the highly popular and successful soul/R&B group, ‘The Pointer Sisters’.

She is one of their five children and has three sisters named Bonnie, Ruth, and June in addition to an elder brother named Aaron. While all her sisters were singers in her band, ‘The Pointer Sisters’, her brother, Aaron was an MLB player and referee.

She spent her childhood days in California but frequently went to Arkansas to visit her grandparents who lived in Prescott. Her ethnicity is African-American.

Anita Pointer first worked as a secretary. However, in 1969, she quit her job to join her younger sisters Bonnie and June to form The Pointer Sisters. Later, their sister, Ruth also joined the band. They decided to name the band, ‘The Pointer Sisters’ which suited them as they were all sisters after all.

Their distinctive style of music got them signing with Atlantic Records. Their first album after all four sisters was in the band went gold mainly because of the success of the singles Yes We Can Can and Wang Dang Doodle.

In 1974, the sisters made music history when their song, ‘Fairytale’ became a hit on the country music charts making them the first black female group to perform at the Grand Ole Opry. It also earned them a Grammy Award for Best Country Performance by a Duo or Group.

In 1983, their album, Break Out reached multi-platinum status and won two more Grammy Awards. Pointer then became a solo artist and in 1987, released her first solo album titled, ‘Love for What It Is’.

The Pointer sisters received a star on the Hollywood Walk of Fame in 1994 and in 1998, Anita became an Arkansas Black Hall of Fame Hall of Famer. She announced her retirement in 2015 due to her ill health.

Besides being a singer-songwriter, Anita is also a painter and a collector of black memorabilia.

Anita has light brown hair and a pair of dark brown eyes. However, she has not revealed her height, weight, and other body measurements.

Anita Pointer has an estimated net worth of $5 million as of 2020. She earned a considerable amount of wealth during her peak years as a musician. However, she has not revealed her salary and it is very difficult to calculate her annual salary as her peak years were decades ago.

Pointer has not been involved in any controversies. She has been able to keep herself away from any type of controversy and scandal. So far, she has not done anything controversial in her long and esteemed career as a musician. She has kept her profile clean and has simply focused on her career.

You may also like to read the Bio, Career, Net Worth, Body Measurements, Relationships, Social Media, and more about Ellen Harper, Olivia Jade Giannulli, Cher, and more.