However, in October 2015, they separated and later divorced.

Present On and Off Affair

Since 2016, Anja is sighted on and off with Waris Ahluwalia. They are usually sighted together during fashion galas. 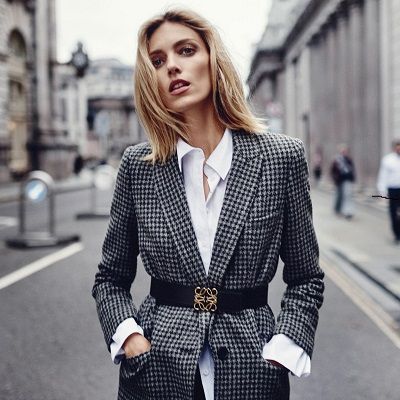 Who is Anja Rubik?

Rubik has appeared in Vogue’s Numero and Harper’s Bazaar among others. Anja Rubik is also Editor-in-Chief of 25magazine.

She was born Anna Rubik on 12 June 1983 in Rzeszów, Poland. Her parents are father, Andrezej Rubik, and mother Ewa Rubik.

Of Polish ethnicity, both of Anja’s parents are veterinarians by profession.

Her doctor parents work and German atrocities took the family across continents- first to Greece, then Canada, and thereafter to South Africa. They returned to Poland after the fall of the Berlin Wall.

One of the schools Anja attended is in Czestochowa. Today her parents and sister, Asia Rubik live in Anja’s house in Poland.

When a young child, Anja Rubik was intrigued by George Michael’s ‘Too Funky’ featuring supermodels of the 90s, and she decided to become one. She participated in a local modeling contest and was scouted by a Parisian Agency in 1999,  so she moved to Paris and thus started her career.

Here are some of the highlights of Anja’s career.

She was a model for Atelier Versace, Chanel, Gucci, and Prada too, and featured in more than twenty-five international editions of Vogue among others.

Anja’s brand and image are inspired by her punk-meets-feminine style. She credits Anthony Vaccarello for her inspiration. And vice versa from 2012 to date, Anja is featured in Vaccarello’s creation as his muse and inspiration.

Here are some famous highlights in Anja Rubik’s life as a supermodel.

Anja is a trendsetter in issues of environmental and social interest. She works with Parley- an organization that promotes global campaigns to protect oceans and showcase the importance of building a sustainable future. She gave a speech on June 8 this year at UN Headquarters, New York City.

In Poland, talking about sex education and abuse is taboo. Hence in 2017, Anja created #SEXEDPL, a campaign that educates youngsters to find the answer to issues related to sex education. This campaign is supported by Monika Brodka, Maffashion, Robert Biedroń, and Maciej Stuhr among others.

As of 2022, Anja’s net worth is over $10 million and she is also a member of Richest Celebrities and Models.

You may also want to read Alex Lange, Natalie Gal.